The federal government plans to hand Australia’s unused AstraZeneca vaccines to regional neighbours, but has refused to say how much it expects to pay for the surplus doses.

The federal government remains bound by a contract with CSL to manufacture 50m doses of the AstraZeneca vaccine, despite changing its advice this month to prefer Pfizer for people aged 16 to 60 years.

Current projections indicate that, after October, AstraZeneca will be made available on request only.

But CSL has given little indication that it will alter its production schedule, saying it is “committed to meeting our contracted arrangements with the Australian government and AstraZeneca for locally produced AstraZeneca Covid-19 vaccines”.

Asked what the government will do with surplus AstraZeneca supplies, the health department says it will donate them to other countries.

“The Australian government has made a commitment to support the countries in our region through providing doses of Covid-19 vaccines and is donating doses of AstraZeneca to the region,” a spokeswoman said.

“Any of the doses of the AstraZeneca vaccine not used in Australia will be donated overseas.”

Neither the health department or CSL would say how much is being spent on the surplus vaccines. Both cited “commercial in confidence”.

The government expects anyone who is still eligible for AstraZeneca will have the opportunity to be vaccinated by October.

Australia has already provided about 300,000 doses to the Pacific and to Timor-Leste.

“Australia will be doing its part, as we already have been, committing some 20 million doses as part of that effort here at the G7 Plus in Cornwall,” Morrison said.

“These 20 million doses will go to support our region to ensure that we continue to exercise our responsibility as part of a broader global responsibility to combat this virus.”

In April, New Zealand health authorities were still assessing the use of AstraZeneca vaccine in Pacific island countries. The nation has earmarked US$53m to support the region with a portfolio of vaccines.

The World Health Organization (WHO) has urged Pacific countries to continue with the rollout of the AstraZeneca vaccine, despite the changed advice in countries like Australia.

“WHO will continue to inform the public, transparently and in a timely way, about any change in the assessment of risk of any vaccine or a change in our recommendation for their use,” it told RNZ Pacific. 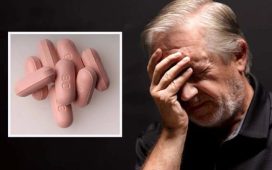