Steve Smith has praised Virat Kohli after the India captain told fans to stop booing him at the World Cup.

Kohli took matters into his own hands after hearing the Indian fans abusing Australia’s divisive star during last week’s World Cup group match at the Oval.

After gesturing to the supporters to get off Smith’s back, Kohli then insisted the former Australia captain did not deserve to be targeted in his post-match press conference.

‘I wouldn’t like that so I felt for him and I told him sorry on behalf of the crowd,’ Kohli said. ‘I’ve seen it happen earlier in the tournament and I don’t think it’s acceptable.’

Smith, speaking about the incident for the first time, said: ‘It was a lovely gesture by Virat.

‘It doesn’t really bother me what the crowds do to be perfectly honest. I am just blocking it all out but it was a lovely gesture from him.’

Fans are targeting Smith after he was caught ball-tampering in a Test match against South Africa and subsequently banned for 12 months.

But Kohli said: ‘I think what happened was long back [Smith’s ball-tampering incident]. He’s back now, he’s trying to play well for his side.

‘It’s not good to see someone down like that, you don’t want to see a guy having that every time he plays.

‘He’s come back, worked hard and playing well. There was so many Indian fans here and I didn’t want them to set a bad example. He doesn’t deserve to be booed.’

On the field, Smith has enjoyed a superb start to the World Cup, scoring three fifties in Australia’s five matches so far.

Defending champions Australia are currently top of the World Cup table but have played one game more then most of their rivals, including Kohli’s India. 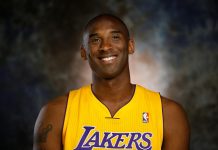