Labor at least, seems thrilled that Barnaby Joyce is back in the deputy PM’s job, because it gives the party something tangible to fight.

Here was Anthony Albanese on ABC TV this morning:


Barnaby Joyce is a failed former Deputy Prime Minister. He failed last time he had the job. We know how this movie ends because we’ve seen it.

…This is Barnaby Joyce The Sequel. We will continue to put forward our strong arguments for regional development.

The fact is, if you talk about Central Queensland, I’ve visited the Rio Tinto aluminium refinery there at Gladstone, one of the biggest employers in Gladstone, a critical facility.

What Rio Tinto is looking at is powering that facility with solar energy.

They are looking at lowering their prices, their costs of production by embracing renewables. That’s what’s happening on the ground.

I was in Townsville last week. The Premier Annastacia Palaszczuk announced a major renewable energy precinct, and supporting industries there. I’ve met with companies there that want to manufacture solar panels and manufacture renewable energy there that will create jobs, but the big opportunity there is is how do we lower our energy prices in order to boost manufacturing in the regions?

We lower our energy prices by embracing the lowest cost of energy.

Sussan Ley will hold a press conference at 9am.

The government is very, very worried about the Unesco draft decision to list the Great Barrier Reef as “in danger”.

Well that was quick. It was almost like Anthony Albanese’s social team had this planned:

Chris Bowen, Labor’s environment spokesman, has spoken to ABC’s Radio National about the Unesco decision and says it really shouldn’t come as a shock:


[The government] shouldn’t be surprised about the fact that the reef has encountered three bleaching events in the last five years and their complete response has been to gift almost half a billion dollars to an unaccountable charity.

Graham Readfearn has looked at the Unesco decision:

The Great Barrier Reef should be placed on to a list of world heritage sites “in danger”, according to a recommendation from United Nations officials that urges Australia to take “accelerated action at all possible levels” on climate change.

The United Nations Educational, Scientific and Cultural Organization (Unesco) says the world’s biggest coral reef system should be placed on the list at the World Heritage Committee meeting next month.

The recommendation has sparked a flurry of activity from the Australian government, with the environment minister, Sussan Ley, saying she had already joined the foreign minister, Marise Payne, in a call to Unesco’s director general, Audrey Azoulay.

In just a few short hours, Barnaby Joyce will once again be your deputy prime minister. And he’s already renegotiating the Coalition agreement, which sets out what the Liberals and Nationals want from each other and can dictate decisions from ministries to government policy, but you won’t ever be allowed to see it. Good times! And given Joyce has spent the past three years on the backbench agitating for more coal, and his party just decided to vote him leader, you know what just got a lot more harder? Doing anything on climate!

Just wonderful. Coincidentally Joyce officially becomes deputy prime minister on the day Unesco has ruled the Great Barrier Reef should be listed as “in danger” in a draft decision. Why? Because of the climate, mostly (and also farming run off). Sussan Ley, the environment minister, says the government was “blindsided” by the decision. (Which seems strange because I remember covering the warnings when I was still a reporter in Queensland and that was more than five years ago.)

Queensland is also where the Nationals want to build a new coal-fired power station, so you can see where this is all going. The Great Barrier Reef is not only an environmental wonder that is critical for ocean health, it also supports a multi-billion-dollar industry and jobs for an entire region. So it being officially listed as “in danger” is an issue.

We’ll bring you all of the fallout, as well as everything else happening today.

Last night, NSW Health released new exposure sites – so the Sydney cluster is not over as yet.

We’ll bring you those updates as well.

Being a sitting day, you’ve got Amy Remeikis on the blog, with Mike Bowers. Katharine Murphy, Sarah Martin, Paul Karp and Daniel Hurst here as well, and the entire Guardian brains trust at your disposal.

This morning calls for cake for breakfast. Or something stronger. It’s going to be a loooong day.

So let’s get into it.

See also  Olga Tokarczuk and Peter Handke win Nobel Prize for Literature for 2018 and 2019
Share on FacebookShare on TwitterShare on PinterestShare on Reddit
newscabalJune 21, 2021 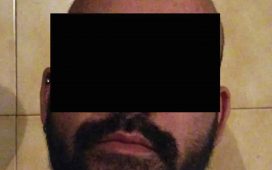 Fit and healthy man, 42, from Southport, who rejected vaccine, dies of Covid 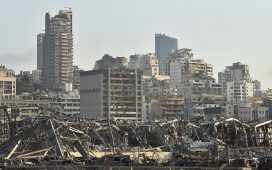 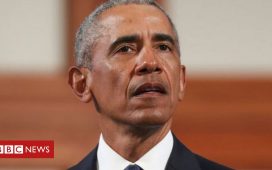 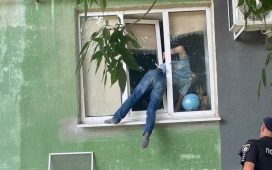 ‘It has our energy, our story’: asakaa, Ghana’s vibrant drill rap scene