Well, this issue was about the inappropriate use of government resources. And you will remember bipartisan the view that Christine needed to resign, and that’s what she ultimately did…

This was about the misappropriate use of government expensess and, at the time, there was bipartisan position that her position was untenable and she resigned. And obviously there’s a Senate inquiry going on at the moment, the CEO of Australia Post has also put evidence around this issue.

But, in the end, this was a decision about the misappropriate use of government expenses. 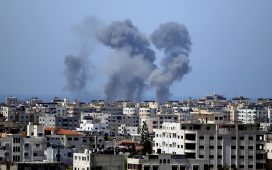