AUSTRALIA’S massive rodent army is now marching on Sydney amid shocking reports of people being bitten in their beds.

Tens of millions of rampaging mice have sparked horrific infestations stretching 1,000km from Brisbane down to Melbourne.

They have caused untold damage to the country’s eastern coast, decimating crops and chomping their way through food storage units.

The mice have also invaded homes, schools and hospitals as they thrive after heavy rain and hot and dry spells led to a bumper harvest.

One  family in New South Wales lost their home after mice chewed through their wiring, causing a house fire.

The mum said: “Mice were just jumping from the roof. Around the house and into the neighbour’s, there’s dead, burnt mice.”

Others are being bitten as they sleep.

“People are putting the legs of their beds in buckets or pots of water, but the mice are still climbing curtains, jumping onto their beds and biting them,” Xavier Martin, a grain farmer from New South Wales, told The Telegraph.

A government-funded MouseAlert website shows sightings have doubled since March – with a surge in cases in and around Sydney.

Channel 10 News Sydney claimed the mice could now be “marching towards” Australia’s biggest city to “invade” by August.

Experts have warned “without a concerted baiting effort in the next few weeks this could easily turn into a two-year plague event.”

Farmers have been sharing images and viral videos showing mice pouring out of grain feeders and storage plants.

One video previously published by the Sun Online showed mice pouring out of a silo as workers tried to clean it out.

The horror footage was shared on Twitter by ABC reporter Lucy Thackray, who said it started “raining mice”.

“Even if grains in silos, mice can get to it,” she tweeted.

It added: “Rural communities experience high levels of stress through the constant presence of mice. “

“The state government’s assistance package is impractical, dysfunctional and weeks away, which is not helping farmers who need support right now to drive mouse numbers down and break this horrible unrelenting cycle,” he said.

“After more than eight months of battling growing mouse numbers farmers are still waiting for state government assistance to hit the ground and offer some practical support to our farming community.”

The NSW government has secured 5000 litres of the rodent poison bromadiolone – offering to provide it for free once federal authorities approve its use.

However, some farmers are concerned about its possible effect on their livestock.

And environmentalists have warned the toxin will likely kill animals that prey on mice like eagles, snakes and owls.

Australian researchers are also working on a study of how genes can be safely altered to make female mice infertile.

It is estimated that the infestations have caused at least £50m damage to crops in New South Wales.

However Mr Martin, the Vice-President of the NSW Farmers Association, said the total damage “will easily exceed one billion dollars (£550m)”.

“People are not planting barley, canola, beans, chickpeas. The bee industry is also suffering because of that canola not being planted,” he said 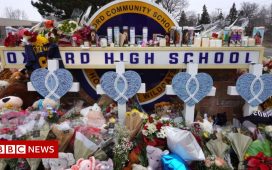 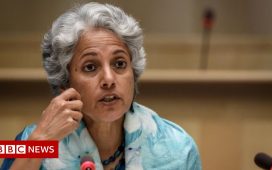 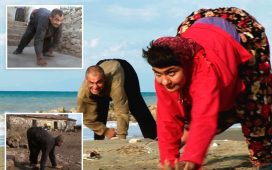