NEWSCABAL
Home » Australia and Omicron: how and when will the Covid pandemic actually end?
science


It was meant to be Australia’s summer of hope.

With vaccination rates against Covid-19 high, international travel restarting, and most states opening domestic borders in time for Christmas, it was time for life to return to relative normality – our new normal.

There was still unease. Parts of the world are in the grips of a fourth Covid wave and reintroducing harsh restrictions even as vaccination rates rise. But experts hoped Australia’s high vaccination rates, booster rollout, warm summer, and readiness to reintroduce restrictions like masks if cases escalated would allow a more normal way of life into the new year.

Then, the Omicron variant arrived. Australia’s international borders once again closed to some countries, creating uncertainty and chaos as urgent talks were held about the variant. It has left many people asking; when and how will this pandemic end?

Head of the University of Melbourne’s school of population health, Prof Nancy Baxter, said “there’s no getting rid of” Covid-19.

But the hope is that Covid-19 becomes endemic, Baxter says; that is it becomes a relative constant presence circulating in the general population, behaving more predictably and mildly thanks to high rates of immunity, with any outbreaks not spreading beyond specific pockets of the population.

“Now, the question is when this will happen,” Baxter says. That depends on a number of factors we don’t yet fully understand, such as how long immunity lasts after vaccination and if recurring booster shots will be needed, she says.

It also depends on looking beyond our own back yard. If the fourth wave didn’t do it, Omicron made it clear that the end of pandemic is not as simple as locally high vaccination rates, declaring a “freedom day”, or being able to stand in a pub mask-less.

Many health experts are hypothesising that Omicron emerged because people with weakened immune systems are more likely to remain infected with Covid-19 for several weeks or months, increasing the virus’s opportunity to mutate.

These prolonged infections have been seen particularly in patients with advanced, untreated HIV, a serious issue in sub-Saharan Africa where the Omicron variant was first detected, and where Covid-19 vaccination rates are also woefully low. In an opinion piece for Nature, researchers argued that vaccine equity but also access to treatment for HIV in Africa and curbing stigma could help the world see fewer Covid variants emerge.

“… many other countries, such as Australia and New Zealand, still refuse to give citizenship to people with HIV, even though effective antiretroviral treatments are now available,” the authors wrote.

“The best way for governments to protect their citizens is not by further stigmatising those infected with HIV; it is by quickly providing vaccines to protect the world’s most vulnerable. Only global solidarity – not discrimination, blockage or the hoarding of resources – will end the Covid-19 pandemic.”

Even if Omicron proves less severe and doesn’t overtake Delta, until health equity is achieved, Covid-19 will find its way into vulnerable populations, mutate in potentially harmful ways, and spread.

“But what might be a weaker virus in some countries where everybody’s vaccinated might be quite problematic in countries that don’t have good vaccination or healthcare,” virologist, microbiologist and director of NSW Health’s Pathology West, Prof Dominic Dwyer says.

Border closures also don’t work for long, with Delta spreading throughout the world, including in Australia, in the face of international travel restrictions.

Just as the World Health Organization declared the pandemic, they would also declare the end of it, Dwyer says, “But when they do it, and the information they use to say that it’s finished is obviously what’s difficult. Because it will also vary country by country, because some individual countries might declare it over for them at different times despite what WHO says”. This occurred when Covid first emerged, with some countries introducing pandemic measures before WHO declared one.

Dwyer is confident that as time goes on and people are vaccinated, Covid-19 will become a background, ordinary seasonal viral infection throughout the world “perhaps in a couple of years,” though he said this was impossible to predict with certainty.

The end of a pandemic may also mean different things to different individuals. Some may feel it has ended only when they can travel and go to the venues they love. Others may feel it’s over when they never have to wear a mask again. But it may be that masks are here to stay in high-risk settings for those showing symptoms of any communicable disease. Group leader in infection epidemiology and policy analytics at the Kirby Institute, Dr Deborah Cromer, said that would be for governments to decide.

For immunocompromised people, on whom vaccines aren’t effective, the end of the pandemic may not feel close to over at all, even as restrictions lift.

Cromer says it is also important to remember that even once the pandemic is over, there may still be worse years than others, as with influenza.

“But we don’t close borders because of flu,” she says. “We don’t put people in hotel quarantine because they’re coming from a country that has a really bad flu epidemic. It might be hard on the health system but we can handle it.

“I think we’ll get there with Covid. But I think it will require booster vaccinations, and in those populations which are not vaccinated people may need to have had the virus multiple times to have enough natural protection.”

Although the end date for this pandemic may be tough to predict, Cromer said it was important to remember how far we’ve come since 2020, with vaccinations and treatments now available.

“We can’t lose sight of the progress that has been made,” she said. “We’re not completely at the end yet. We’re just at a much better position than we were two years ago.” 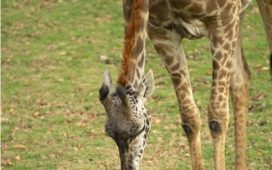