In the last three weeks, Ye, 37, has inked more images of Aung San Suu Kyi than throughout his 19 years of tattooing.

“We love and respect her because she has sacrificed so much for us,” he says, showing a photo of his latest artwork – a lifelike rendering of the deposed Myanmar leader, complete with jasmine flowers, on a woman’s back.

If fans of the Nobel laureate were on the fence about getting a tattoo in her honour before the military coup on February 1, they are no longer. Studios across the country have reported a surge in Aung San Suu Kyi ink – and some are using their profits to support the protest movement.

While she remains beloved inside Myanmar, her international reputation was irrevocably tarnished when she travelled to the international court of justice in The Hague to defend the army against claims that it had committed genocide against the Rohingya Muslims. Some say she was walking a tight-rope with the generals to preserve a fledgling democracy – in that sense, this is the fall. Others have labelled her a military apologist whose idea of equality falls short for persecuted minorities.

Whatever happens to the leader, she will leave a complex legacy. But in Myanmar’s commercial capital Yangon – home to mass pro-democracy rallies in recent days – the picture is clearer.

“I don’t even have tattoos of my parents,” said Hlaing, 32, who described the coup as more painful than the six hours it took to complete her tribute to Aung San Suu Kyi on 3 February. “I felt wronged and oppressed, I had to get it.”

Ye, who is working on a new Aung San Suu Kyi design, has collected donations for the country’s civil disobedience movement, which aims to deprive the military of a functioning administration through nation-wide strikes.

“The military plans to imprison her so she gets older, just like they did before,” he says. “If they didn’t lock her up for 15 years, our country would be more developed, but the military knows all about that.”

But the practice of tattooing was banned during the British counterinsurgency in the 1930s and returned to the mainstream only during the political and economic reforms of 2011.

In Mandalay, tattoo artist Za responded to the coup by inking Aung San Suu Kyi designs for free, until 15 February, when he began charging $3.50 (£2.50). So far, he has completed about 70 and all the money raised has gone to civil servants on strike and others resisting the junta, he said.

“Just yesterday I spent the entire time giving tattoos of her,” he says. “More people are getting them and that has allowed us to support the movement.”

While getting their tattoos, most clients indulge in chatter about the coup and gossip about those who aren’t joining the civil disobedience movement.

“The conversations are never ending,” he says.

Tin, a professional fighter, snuck in a visit to a Yangon tattoo studio in between training sessions of lethwei, an ancient sport. He does not care so much about the leader’s party, the National League for Democracy, he said. Just for the woman who the country affectionately dubs “Mother Suu”.

“I got it to express my faith in her and my support for her,” he says. “I don’t care if it gets me into trouble with the regime one day.” 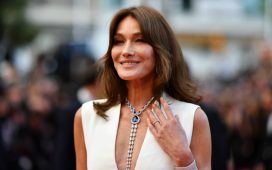 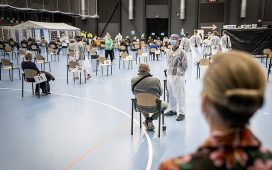 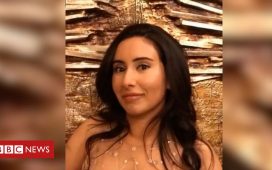