Chidoka who testified as the petitioners’ 62nd and last witness at the tribunal, served as the People’s Democratic Party’s collation agent at the National Collation Centre for the February 23, 2019 presidential election.

Meanwhile, the People’s Democratic Party and its presidential candidate, Atiku Abubakar, on Friday closed their case after calling only 62 out of the 400 they had lined up in their case challenging President Muhammadu Buhari’s victory at the February 23, 2019 election.

In his evidence, Chidoka told the tribunal that INEC Chairman, Mahmood Yakubu, had consistently told them about the server and also acknowledged its existence during the collation of the presidential election

He also said he served as the head of the PDP’s situation room in Abuja where he was during the election receiving reports from party’s agent.

The witness told the tribunal under cross-examination by INEC’s lawyer, Yunus Usman (SAN) that “I have not seen the server but INEC consistently told us of the server and the INEC Chairman at the national collation of results of the election acknowledged the existence of the server.

He acknowledged that the collation was done manually.

In his testimony, the petitioners’ 60th witness, Joseph Gbenga, an expert witness admitted before the tribunal that he had not been certified.

Gbenga, an Industrial Chemistry graduate from the University of Ilorin, described himself as a database analyst and designer who was engaged by the petitioners to analyse the results of the presidential poll in 11 out of the 36 states of the federation.

But when asked under cross-examination by counsel for INEC, Usman (SAN), if he had been certified to carry out the type of job he did for the petitioners, Gbenga  said: “I have undergone training but I have not been certified.”

He further said under cross-examination that he carried out his analysis through the inspection of result sheets from 11 states.

The witness said he could not get the certified true copies for Zamfara State, and had to rely on the pink duplicate copies.

He did not give the full list of the 11 states whose results he analysed.

Asked, he said he was not mindful of whether the petitioners won or lost in the 11 states.

He also said: “I am not aware that the petitioners conceded defeat in eight of the 11 states.

“If I applied my mind to whether or not the petitioners won or lost, I would not be able to come up with a professional and an unbiased report.”

But it was the immediate-past Minister of Labour and Productivity, Dr. Chris Ngige, that threw the court into laughter while cracking jokes on the claim by the petitioners on alleged existence of INEC server.

Ngige who attended the proceedings of the tribunal for the second time had walked up to a group of SANs having a chat within the courtroom.

This was shortly after, the Justice Mohammed Garba-led tribunal of five judges went on break.

They were joined by the PDP’s Vice- Presidential candidate, Peter Obi, who had succeeded Ngige as the governor of Anambra State.

After the exchange of greetings, Ngige held Obi by his hands and walked him up to where a heap of documents produced in court by INEC at the instance of the petitioners was lying.

On getting to the point, just some few steps from where they were standing, Ngige held Obi by the shoulder with one hand and lowered his other arm pointing to the heap of documents, and said, “These are from my server.”

The whole courtroom burst into laughter.

Obi, too could not hold back laughter as the ex-minister continued holding him by the shoulder, with both seeming to out laugh each other.

Meanwhile, the five-man tribunal led by Justice Mohammed Garba adjourned till July 29, for the 1st respondent, the Independent National Electoral Commission to open its defence.

The PDP and its presidential candidate, Atiku Abubakar, on Friday rested their case after calling only 62 out of the 400 they had proposed to call to prove their petition challenging President Muhammadu Buhari’s victory at the February 23, 2019 election.

The petitioners’ lawyer, Chief Chris Uche (SAN), announced the close of their case after the 62nd petitioners’ witness, Osita Chidoka, testified on Friday. 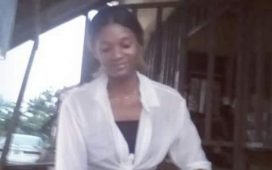 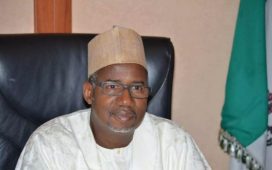 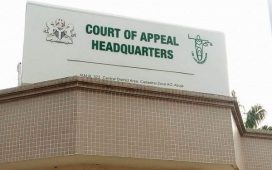 ‘My husband sent me packing after 39 years of marriage’ 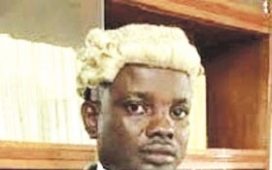 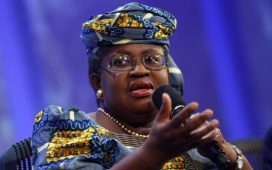 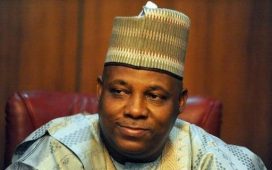