At least one Conservative MP from the 2019 intake is in advanced discussions about potential defection to Labour, with another elected then also in close talks with a Labour MP.

Neither has met Keir Starmer or had formal contact with the leaders’ office but they are understood to be communicating with Labour MPs. One senior party source said they were doubtful about the intentions of one of the MPs but the other was more serious.

Both MPs are from the 2019 intake – one with a marginal seat. One sounded out a friend in Labour before the local elections and another more recently.

A number of other Tory MPs in marginal seats have expressed frustrations to Labour MPs and suggested they will only keep their seats by defecting. One Labour official said there was some scepticism in the party about the motives of those MPs.

Another senior official said that the MPs had been told to manage the potential defectors themselves as a trusted counsel – rather than involve the chief whip, party headquarters or the leader’s office. The Sunday Times reported over the weekend that up to six MPs were considering defecting.

On Sunday the MP for Bishop Auckland, Dehenna Davison, denied she was considering defecting, as did Caroline Nokes, the MP for Romsey and Southampton North. Both voted against Boris Johnson in the recent no-confidence vote.

Labour is ramping up its selection process for key marginal seats over the coming weeks and party sources warned that potential defectors did not have long to make up their minds. “If we’ve selected someone in the seat, we would want to field our candidate,” one said.

“We’re selecting good people, Keir’s people, and that’s who we would prioritise. Ultimately, we think we’re going to win these seats anyway. The Wakefield result shows we are on course to win back the vast majority of those seats.”

Johnson will be absent at this week’s PMQs after the bruising byelection defeats in Wakefield and Tiverton and Honiton last Thursday, with Dominic Raab standing in for the prime minister. The defeats led to the resignation of his party chair Oliver Dowden, and anger on the backbenchers was compounded by subsequent comments from Johnson that he intended to fight another two elections.

Several members of the committee have left to become ministerial aides and Tory sources said they expected them to be replaced by critics of the prime minister – making it more likely the rules would be changed to allow a new confidence vote. Currently, Johnson is protected from a vote for another year.

One former minister said he had cautioned colleagues about agitating too soon for another vote. “I think you can start to look ridiculous, my view is that it is time for the cabinet to act now that MPs no longer have the ability to do so,” they said.

No rule change will be able to come into force before September, meaning Johnson’s job is likely safe until party conference.

On Monday, the former cabinet minister David Davis, who has called for Johnson to resign, said that he did not favour an immediate rule change but said the prime minister should instead change his approach.

“Do you want a leader, whoever it is, looking over his shoulder every month at this tax increase or whatever? So no, I don’t want the rules changed,” he said. “I don’t think they will change either so he has got to use the year he has to prove to us that actually he can deliver on the promises we gave at the 2019 election which was low tax.

“The simple truth is there are priorities in everybody’s life and for most of the people in the ‘“red wall”’ seats and indeed seats like mine – I am from the north – the first issue is paying the bills and if the government is stopping you doing that, that is a real problem for a Tory government.”

Johnson, who is attending the G7 summit in Germany, insisted the matter of his leadership had been dealt with in the confidence vote. “We settled that a couple of weeks ago,” he told reporters. 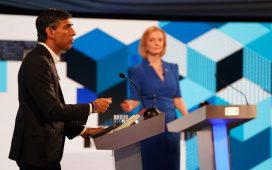 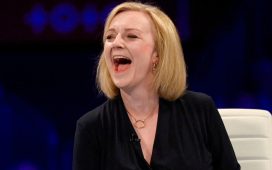 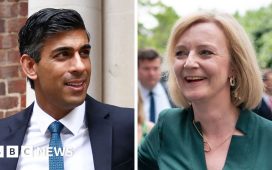 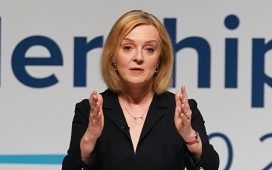 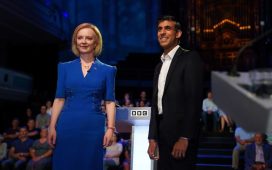 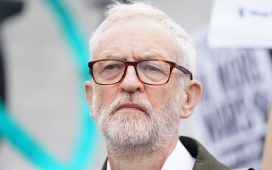