NEW DELHI (REUTERS, XINHUA) – At least 23 people attending a funeral in northern India were killed when a roof they were sheltering under during heavy rainfall collapsed on Sunday (Jan 3) afternoon, a police officer said.

About 20 others sustained injuries, according to local media reports.

Some 40 mourners had gathered under the shelter at a crematorium in the town of Muradnagar in Ghaziabad district, Uttar Pradesh, near New Delhi, when it collapsed, divisional commissioner Anita C Meshram said.

The mourners were trapped them under the rubble and rescue workers used sniffer dogs to find survivors, who were rushed to nearby hospitals, some in critical condition.

The cause of the collapse was not immediately clear, but the authorities plan to investigate the accident.

“We will conduct an enquiry into the matter and find who is responsible- whether it is the builder, officials, or workers of the municipal council, as soon as possible,” Ms Meshram said.

Strict action would be taken against those who behind the tragedy, local media India Today cited Mr VK Singh, Union Minister of State and a Ghaziabad member of parliament from the Bharatiya Janata Party, as saying from the accident site.

Whether it is a government department or private, “there will be a fair investigation,” Mr Singh said.

Uttar Pradesh Chief Minister Yogi Adityanath had directed officials to give financial assistance of 200,000 rupees (S$3,600) to the kin of each of the deceased, the state government said.

Indian Prime Minster Narendra Modi offered his condolences to the relatives of those killed in the incident.

“The sad news of the unfortunate accident in Muradnagar, Uttar Pradesh, has caused great sorrow,” he wrote on Twitter yesterday.

“The state government is engaged in relief and rescue work. I express my condolences to the relatives of those who lost their lives in this accident, as well as wish the injured to get well soon.”

Around 100 people were attending the funeral procession of a local resident when the roof caved in, the Hindustan Times reported.

While the building structure at the cremation grounds was not considered very old, some local media reports have raised concerns that the accident could have happened because the building is situated in an area where frequent water-logging occurs.

The soil beneath the structure could have shifted due to heavy rain, according to local daily Livehindustan.

The use of inferior quality construction material could also have caused the roof collapse, United News of India reported. 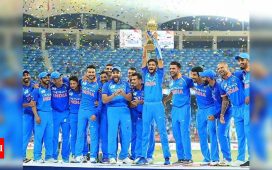 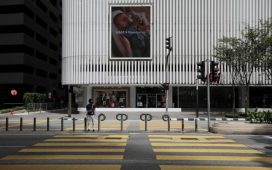 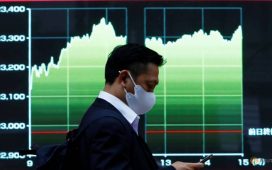 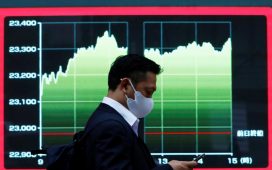 Oil Steadies in Asia After Slumping on Weak US Economic Data