And anyone that thinks so is a fool.

That’s the view from Commander Chris Hadfield, a seasoned astronaut and former pilot for both the Royal Canadian Airforce and US Navy.

Speaking to Canadian broadcaster CBC, the retired astronaut said that he himself had seen many things that defied explanation.

‘But to see something in the sky that you don’t understand and then to immediately conclude that it’s intelligent life from another solar system is the height of foolishness and lack of logic.’

However, Hadfield did say that just because UFOs aren’t evidence of aliens, we shouldn’t completely discount the possibility that life is out there.

‘But definitively up to this point, we have found no evidence of life anywhere except Earth, and we’re looking,’ he told the CBC.

Of course, Hadfield is referring to the numerous sightings and conspiracy theories that are circulated online with increasing frequency.

It has previously been confirmed that the US has studied a range of futuristic technologies which would allow it to exercise global military dominance for decades to come.

The AATIP program is dedicated to exploring ‘ unexplained aerial phenomena’ and is believed to include a 490-page report which collects together UFO sightings from around the world.

Even the British military is aware of it.

And Hadfield apparently realises the huge amount of interest in this topic – even though it defies logic.

‘It’s intriguing and it’s right on the brink between reality and science fiction and fantasy. And so it’s all really fun to think about,’ he said.

But no, it’s probably not true that intelligent aliens have secretly come and visited Earth. 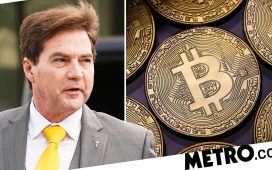 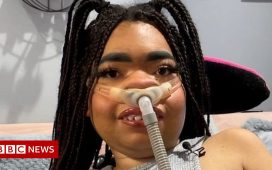