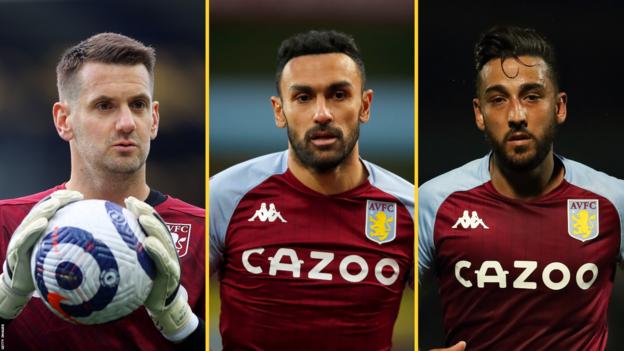 Goalkeeper Heaton, 35, joined Villa in summer 2019 but suffered a serious knee injury in 2020 and has struggled to displace Emiliano Martinez since.

Full-back Taylor, 32, arrived from Swansea in a swap for Jordan Ayew in 2017.

The right-sided former Egypt captain has scored four goals in 129 Villa appearances and played in the Carabao Cup final defeat by Manchester City in 2020.

“I am leaving knowing that I played my part in putting the club back where it belongs,” he tweeted.