Aston Martin director of design Miles Nürnberger has left the British brand after 13 years to take up a similar role at value brands Dacia and Lada.

Nürnberger joined Aston in January 2008 as design manager, having worked for Ford’s US-market luxury brand, Lincoln, from 2000-2003, and from then until 2007 as the senior designer for Peugeot and Citroën.

During his time at Gaydon, he has been predominantly concerned with exterior styling, with recent works including the firm’s landmark DBX SUV, Valkyrie hypercar and the two Lagonda Vision EV concepts.

He was also co-responsible, alongside his partner Leighanne Earley – who also works in Aston Martin’s design division, for the design of the DB11 coupé, and more recently penned the one-off Victor coupé and limited-run, Vantage-based V12 Speedster.

His departure from Aston Martin comes as the brand gears up to launch a radical expansion and electrification programme under new CEO, ex-AMG boss Tobias Moers.

A reason for the switch has not been officially given.

In his new position as design director at Renault-owned Dacia and Lada, he will report to group design boss Laurens van den Acker as the wider company progresses with the radical Renaulution transformation strategy detailed by CEO Luca de Meo earlier this year.

Assuming the role from 1 September, he replaces Alejandro Mesonero-Romanos, who left the position in April this year after less than twelve months, and now heads up design for Alfa Romeo.

Nürnberger will be responsible for adapting the rugged Bigster SUV concept, Dacia’s largest model yet, for production by 2025. Another two new models have been promised by the Romanian brand, but their positioning remains under wraps.

Meanwhile, at Lada, which sells exclusively to the Russian and Eastern European market, he will lead the first ground-up redesign of the flagship Niva SUV in 45 years. A preview image released in January hinted at a substantially more modern look for the second-generation of the affordable 4×4, due in 2024.

Laurens van den Acker said of Nürnberger’s appointment: “We are very pleased to welcome Miles Nürnberger into our team at such an exciting time for the Dacia brand.

“Miles is a renowned designer who has inspired many with his work at Aston Martin. His experience and passion for building strong brands through design will be a great asset for Dacia and help us project Dacia into the future.” 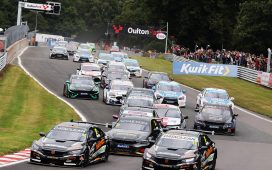 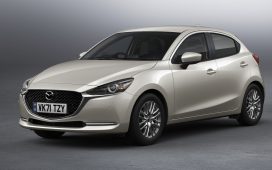 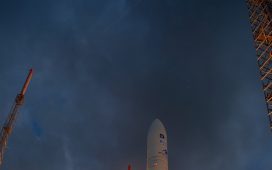 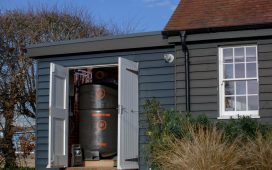 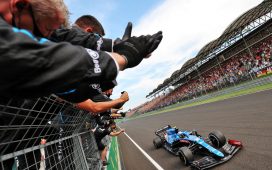