Manchester United’s youngsters failed to take their chance to impress as they were beaten 2-1 by Astana in Kazakhstan.

Ole Gunnar Solskjaer’s youthful side – including six teenagers – looked set to emerge with another win in the Europa League after captain Jesse Lingard’s early opener.

But Tahith Chong missed a golden chance to double their lead after the break before Dmitri Shomko fired the visitors level moments later.

Just after the hour mark, the visitors were behind as Di’Shon Bernard was helpless to prevent a cross deflecting off him and beyond goalkeeper Lee Grant.

United pushed for an equaliser but several smart saves from the Astana goalkeeper saw them suffer their first defeat of the Europa League campaign.

Here’s how United’s players rated with some bright individual performances despite a disappointing result.

The 36-year-old took the average age up considerably, in a similar vain to Billy Madison when he returned to first grade in the film bearing his name. Blameless for both goals but hardly radiated confidence.

Got up and down the flank with energy. Expect to see plenty of him in the future.

His experience calmed the likes of Bernard in the first half and was solid when he was called into action. But couldn’t do anything about the Astana response.

Phil Jones may as well hang up his boots as the teenager is already better than him. Plenty of composure when defending and confident spreading the ball from the back. Own goal a harsh blemish on his performance.

Did not look like the England international in the United defence. Caught napping for an early chance, while Astana enjoyed most their best moments from his flank, including the second goal.

Stroked the ball around accurately, and teamed up well with Levitt. Oozes class and quality, without being flashy, but didn’t stamp his authority when he was needed.

Formed a Chuckle Brothers-type partnership with Garner – ‘to me, to you’ passing. Booked in the second half.

His open goal miss proved a turning point. An absolute horror show of a shot. Somehow both rushed and too lax. Hooked soon after.

Finally claimed his second goal of 2019 with a smartly taken finish. A mature performance as captain. Potentially a turning point in his season.

By no means a poor performance but couldn’t get into the game out wide and looked out of position coming more central. Forced a top save out of the Astana keeper with a wicked free kick.

Good early chance which Eric blocked. Other than that looked too desperate to score, which made him rush chances. 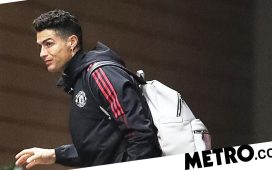