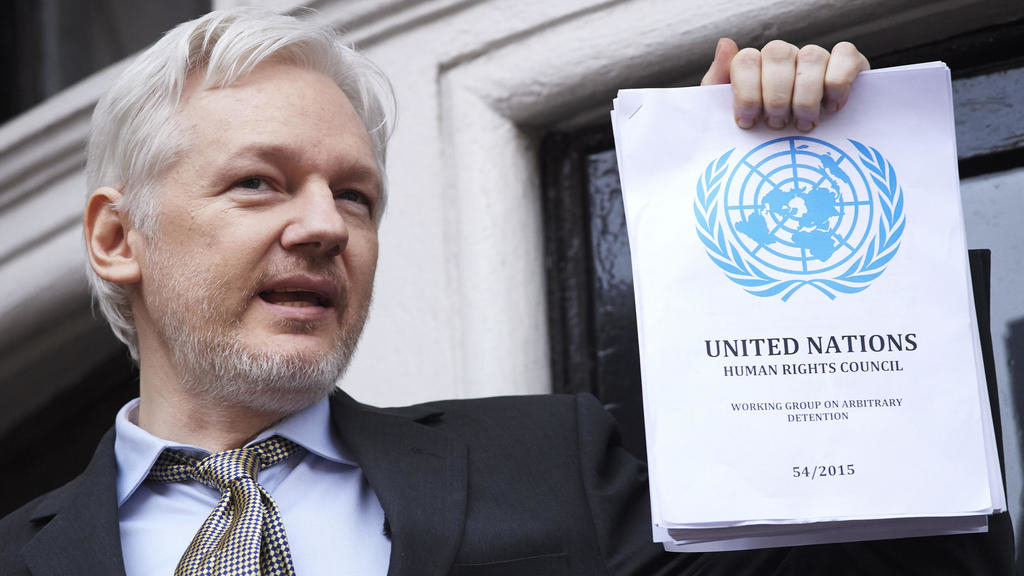 WikiLeaks founder Julian Assange has emerged as one of the most controversial whistleblowers of recent times, hailed by his supporters as a fearless campaigner for press freedom and denounced by his detractors as reckless, self-aggrandising and even dangerous. But on Monday Assange could be extradited from the UK to the US for crimes of espionage and for leaking classified documents related to the wars in Iraq and Afghanistan in a trial critics say is a test case for press freedom.

After having made headlines for years for releasing secret military and government documents, 49-year-old Julian Assange on Monday awaited a verdict on extradition charges brought against him by the US.

A London district court was due to hand down its verdict Monday morning on charges brought against Assange by US prosecutors, with 17 counts of espionage and one of computer misuse. The charges carry a maximum jail term of 175 years.

Assange’s legal team have accused the US of an “extraordinary, unprecedented and politicised” prosecution that constitutes “a flagrant denial of his right to freedom of expression and poses a fundamental threat to the freedom of the press throughout the world”.

Years of legal battle ahead

If the charges are upheld, Assange’s lawyers are expected to launch an appeal that could lead to years of legal drama.

Closely watching the case are human rights groups and those advocating for freedom of the press.

FRANCE 24’s London correspondent Bénédicte Paviot said the UK National Union of Journalists had called on the British government to declare that Assang’es prosecution would be “greviously damaging to media freedom”. The union acknowledged that Assange had “brought important information to wide attention and that he faces prosecution for actions that are commonplace for investigative journalists”, Paviot said.

Rebecca Vincent, director of international campaigns at Reporters Without Borders, also issued a statement criticising the US charges saying, “this case is outrageous and clearly politically motivated. This trial intends to make an example of Assange and the future of press freedom is at stake.”

Assange first came to prominence in April 5, 2010 when the website WikiLeaks, which he founded in 2006, leaked a video showing an air strike by a US helicopter that killed civilians, including two journalists, in Baghdad.

By October 2010, WikiLeaks leaked another 400,000 classified military files about the Iraq war and followed it up in November by releasing thousands of US diplomatic cables of foreign leaders exchanging information on security.

US prosecutors have also raised links between Assange and Russia. Findings from the Robert Mueller probe into interference in the 2016 US presidential election found that Russia hacked Democrat Hillary Clinton’s campaign and then WikiLeaks helped publicly distribute some of those materials.

The case is a culmination of almost 10 years of legal entanglement for Assange. The Australian national first sought political asylum in Ecuador’s London embassy in 2012, after Swedish authorities tried to have him extradited over rape allegations. He has consistently denied those allegations.

Swedish prosecutors eventually dropped the rape investigation in 2019 due to insufficient evidence, but Assange was evicted from the embassy and then arrested by British police. He has been held in a London prison since April 2019.

Nils Melzer, the UN special rapporteur on torture, has condemned the conditions at London’s maximum security Belmarsh Prison where Assange is being held, saying the “progressively severe suffering inflicted” on him is tantamount to torture. Melzer has urged US President Donald Trump to pardon Assange.

Daniel Ellsberg, the US whistleblower who had released the Pentagon Papers, also came out in support, telling the court that Assange and he had “very comparable political opinions.”

The 89-year-old, widely credited for helping to bring about an end to the Vietnam War through his leaking of the Pentagon Papers in 1971, said the American public “needed urgently to know what was being done routinely in their name, and there was no other way for them to learn it than by unauthorised disclosure.”

Reporters Without Borders has been the only NGO present in the London court during the four-week hearing. Christian Mihr, director of the group’s German branch, reiterated the remarks of his UK counterpart, telling Deutsche Welle that the trial was not only “a question of freedom of the press” but also “a question of life or death for Julian Assange”.

“I’ve always said that this is a political process. That means there is political pressure. And that means — as sad, as tragic as that is — I won’t be surprised if the court approves extradition.”

Assange’s partner, Stella Morris, has appealed to Trump via Twitter to grant her husband a pardon. Should that fail, Assange’s defense team will likely make a plea to US president-elect Joe Biden, who may prove more lenient.

Either party will have the option to appeal Monday’s verdict with the possibility of two higher court hearings in the UK – even before a US presidential intervention – after which extradition proceedings could be pursued in the European Court of Human Rights.