Kuala Lumpur: It was a footballing year like no other, but despite the challenges presented by the COVID-19 pandemic, Asia’s top players still delivered exceptional performances worthy of wider recognition.

For that reason, the-AFC.com invites you to cast your vote in Asia’s Choice – Fan Awards: Best Young Player in 2020, with 60 percent of the votes to be supplied by the direct participation of fans on the-AFC.com, and the winners to be revealed on January 24.

Several young stars announced themselves at the AFC U23 Championship Thailand 2020, won by Korea Republic last January, but more still managed to deliver standout seasons at club level, even despite the damage inflicted on the fixture lists throughout the continent and beyond.

An AFC U23 Championship title, AFC Champions League glory and a maiden senior international cap. First seasons in top-flight football don’t come much better than the one delivered by Won Du-jae in 2020.

The versatile midfielder/defender was exceptional in the AFC U23 Championship Thailand 2020, winning the tournament MVP award, then recovered from illness to play an important role in Ulsan Hyundai’s 2020 AFC Chmpions League triumph in December.

Uzbekistan’s exciting young striker shrugged off the disappointment of semi-final elimination at the AFC U23 Championship Thailand 2020 to produce a terrific domestic season, finding the back of the net on 17 occasions in the Uzbekistan Super League, the second highest tally in the country.

The league’s Player of the Month in both September and October, Abdikholikov helped Nasaf to a second-placed finish, equalling their best ever showing in the competition.

Barely sighted in the professional ranks at the outset of 2020, Mitoma finished the season as a J1 League champion, the scorer of 13 league goals and one of the most sought-after young players in Asia.

He had played just one top-flight match before the league went on hiatus early in the season, but he emerged as a breakout star after the restart, contributing a league-best 12 assists. He has begun 2021 in similarly stunning style, scoring the winning goal in the Emperor’s Cup Final on New Year’s Day.

An important player, and the scorer of a match-winning penalty against Thailand, at the AFC U23 Championship Thailand 2020, Al Hamdan’s talent continued to shine throughout the year.

A consistent creator of goals in the Saudi Pro League, Al Hamdan also starred for the Saudi Arabia senior national team during their return to international football at the tail end of the year.

Already arguably one of Asia’s best defenders, Tomiyasu went from strength to strength in 2020, firmly establishing himself as one of the first names on the team-sheet at Italian Serie A outfit Bologna.

Comfortable in any defensive role, the 22-year-old also made the most of Japan’s rare international outings in 2020, producing terrific displays alongside veteran teammate Maya Yoshida.

Esteghlal’s Ghayedi shrugged off the disappointment of a narrow group stage elimination at the AFC U23 Championship Thailand 2020 to produce another impressive year at club level, headlined by three goals and one assist in six AFC Champions League appearances.

His influence helped Esteghlal finish as runners-up in both the Iran Pro League and Hazfi Cup – with Ghayedi scoring in the final of the latter competition – and he also became a senior international, scoring for Team Melli against Bosnia and Herzegovina in November.

Iraq’s attacking star moved from Qatar to Portugal and back in the space of a year, and it was in the Gulf where he truly shone, bagging seven league goals in 12 appearances for Al Sailiya in the final three months of 2020.

Ali also scored in a 2-1 win over Uzbekistan in November, taking the 20-year-old’s international tally to an excellent 15 goals in 30 senior appearances.

Having arrived in Spain as a Real Madrid signing mid-way through 2019, the supremely talented Kubo spent the first half of 2020 on loan at Mallorca, before joining Villareal on a one-season deal in August, and he achieved milestones at both clubs.

He played almost every game for Mallorca, earning selection in a La Liga youngsters Team of the Season published by UEFA, and while he didn’t start as often for Villareal, he did manage to score his first goal in European competition in a Player of the Match performance against Sivasspor in the UEFA Europa League in October.

Already firmly established as a key senior national team player before 2020, the Jordanian star began the year by helping Cypriot outfit APOEL all the way to the UEFA Europa League knockout stage.

He would end the year in Belgium, quickly showing his talent and versatility after joining OH Leuven in October.

Jaroensak began 2020 with two goals in an eight-minute cameo in the AFC U23 Championship Thailand 2020 opener against Bahrain, and it proved to be a portent of the things to come for the Thai midfielder.

READ  How a Chinese agent used LinkedIn to hunt for targets

He finished that competition as its official top scorer, then went on to provide eight assists in a total of 15 appearances across a pandemic-hit Thai League 1 calendar in a terrific individual year.

A long-term, highly touted youth prospect, 2020 was the year Mohammed Waad broke through to not only become a regular starter for Xavi’s Al Sadd first team but announce himself as a senior Qatari international.

Comfortable in a variety of roles, Waad made valuable contributions at domestic, continental and senior international levels, making his competitive debut for Qatar in their 5-0 win over Bangladesh in December – the sole Asian Qualifiers fixture played in 2020.

Unavailable for the AFC U23 Championship Thailand 2020 due to suspension, McGree more than made up for it with an exceptional season in Australia’s A-League, where he was voted Young Footballer of the Year, as well as Adelaide United’s Player of the Season.

A central midfielder, he finished the 2019-20 season with 10 goals – four of them after the turn of the year – and by the end of 2020 he was plying his trade in England’s Championship, where he scored in the opening minute of his starting debut against Preston North End.

A standout in defensive midfield during the AFC U23 Championship Thailand 2020, Uzbekistan’s Ganiev was pivotal in his side’s surge to the final four, playing every minute of the tournament.

He joined UAE Pro League outfit Shabab Al Ahli shortly after and enjoyed an impressive first year, providing strong performances and giving his club the lead against Al Ahli in the AFC Champions League Round of 16.

A league-winner with Persepolis in July, Abdi’s rise to prominence came largely in the second half of the year, where he produced quality performances in the club’s charge to the 2020 AFC Champions League final.

The exciting forward scored in the group stage, semi-final and, most notably, the final of Asia’a premier club competition, announcing himself as a potential star of the future.

Arguably the standout performer in the Saudi Arabia side which went all the way to the AFC U23 Championship Thailand 2020 final, Ghareeb was ever-present and a joy to watch throughout the campaign.

While not quite as influential at club level, he did play a role in helping Al Ahli to the 2020 AFC Champions League quarter-finals, particularly with his match-winning assist against Al Shorta.

It is a testament to the quality of Korean football that they were able to become AFC U23 Champions even without the talents of Lee Kang-in, the 2019 AFC Young Player of the Year, who appeared in 21 competitive fixtures for Spanish giants Valencia in 2020.

Lee’s two assists against Levante in the opening match in Valencia’s 2020-21 La Liga campaign made him the youngest player in the 21st century to achieve the feat, which he completed at 19 years and 207 days old.

Despite limited opportunities to play matches, Malaysia’s top prospect was electric in 2020, helping Johor Darul Ta’zim prevail in a heavily abbreviated Malaysia Super League season for his fourth title in as many years.

The winger scored seven goals in a sensational 30-day period in September and October, and it came as little surprise that he ended 2020 having been snapped up by Portuguese outfit Portmonense.

Another Korea Republic player to earn nomination despite not featuring in their victorious AFC U23 Championship Thailand 2020 campaign, Song excelled in the world of club football, producing a superb season to be crowned K League 1 Young Player of the Year.

The attacking midfielder was a revelation for Pohang Steelers, scoring 10 goals and providing six assists to help his side return to continental football, announcing himself as one of the country’s brightest prospects.

Skilful, mobile and versatile, Al Ameri began the year with a bang by scoring in three consecutive matches at the AFC U23 Championship Thailand 2020, including a goal of the tournament contender against DPR Korea in the group stage.

The pandemic’s impact on the UAE Pro League left a lengthy gap in the middle of 2020, but Al Ameri still found time to score five goals in 12 league matches from October to December.

A goal-scorer in a wide role in the AFC U23 Championship Thailand 2020 quarter-final, Yakhshiboev thrived as a striker in Belarus, first for Energetik-BGU, then for eventual champions Shakhtyor Soligorsk, who he joined mid-season.

His two-goal debut against defending champions BATE Borisov was a sign of things to come, as the Uzbekistan forward finished the season with 18 goals in all competitions plus a league winner’s medal in his first season in European football.

*Poll ends 16:00 (UTC+8) on January 12. Fans can vote for their favourite player once a day. Results for all categories will be announced on January 24. 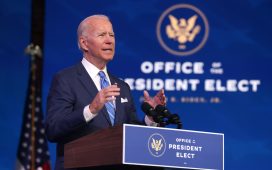 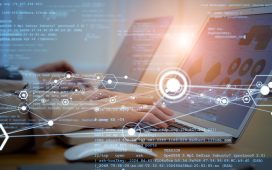 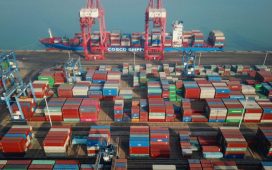 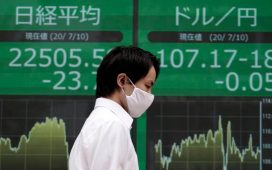