HONG KONG : Asian shares started the week with gains and the dollar was not far off two-week lows after U.S. Federal Reserve Chairman Jerome Powell struck a more dovish tone than some investors expected in long-awaited speech on Friday.

Japan’s Nikkei rose 0.9per cent soon after the bell, and MSCI’s broadest index of Asia-Pacific shares outside Japan gained 0.32per cent in early trading before Chinese markets had opened.

Australia climbed 0.39per cent and Korea’s Kopsi gained 0.54per cent.

Investors had been waiting to see whether Powell, who was speaking at a symposium in Jackson Hole, Wyoming, would give a clear indication of his views on timing of the central bank’s tapering of asset purchases or hiking interest rates to start removing monetary stimulus.

However, in his prepared remarks, he offered no indication on cutting asset purchases beyond saying it could be “this year”, causing the S&P 500 and the Nasdaq to close last week at new record highs. [.N]

The next big event on traders’ calendars is U.S. nonfarm payroll figures for August due to be published Friday, as Powell has suggested an improvement in the labour market is one major remining prerequisite for action.

“A strong payrolls print could instigate a debate for a September tapering start,” Rodrigo Catril, senior FX strategist at NAB, said in a note.

The absence of a timetable for tapering caused U.S. benchmark Treasuries and the dollar to slip, and both trends continued on Monday morning in Asia.

The yield on benchmark 10-year Treasury notes was 1.3054per cent compared with its U.S. close of 1.312per cent, and the dollar index which measures the greenback against a basket of currencies was around a two week low.

Investors in China, in contrast, are watching data this week to see whether they will indicate policymakers are more likely step up easing measures.

Purchasing manager surveys for manufacturing and services are both due this week, with traders waiting to see whether a trend towards slowing growth will continue, a shift that has not been helped by recent localised movement restrictions to cope with an increase in cases of the Delta variant of the new coronavirus.

“We expect both the manufacturing and services PMIs to moderate in August, given the widespread Delta variant and strict lockdown,” said Barclays analysts in a note.

“With slowing growth momentum and dovish signals from the (People’s Bank of China) meeting this week, we expect more easing, but still at a measured pace”

Oil was also in focus after energy firms suspended 1.74 million barrels per day of oil production in the U.S. Gulf of Mexico as Hurricane Ida slammed into the Louisiana coast as a Category 4 storm. 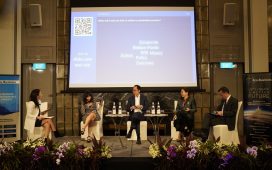 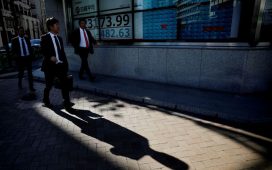 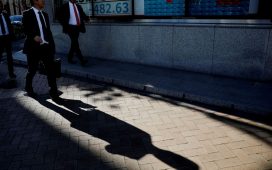 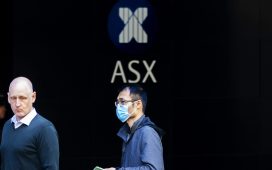