Asian Church must walk with the poor


Pope Francis has been relentlessly stressing the need for the Catholic Church to become a church of the poor ever since he became its head seven years ago. In Asia, where many Catholics are already socially or economically poor, what does this papal stress mean?

On many occasions, the pope has shown that Asia and Africa are his priorities, largely because Catholicism is experiencing a springtime of growth in these continents as it is declines in Europe and America.

He has visited more countries in Asia than in any other continent — from bastions of Catholicism in the Philippines and South Korea to minority churches in Sri Lanka, Myanmar, Bangladesh, Thailand and Japan. He has even visited an active conflict zone like Iraq.

The pope bypassed conventions to name cardinals in Asian nations such as Myanmar, Bangladesh, Malaysia and Brunei that had never had cardinals before. It is part of his Franciscan thrust to “go to the peripheries” to stress that all communities are important in the Church’s life, however small.

He also appointed Asian cardinals to key Vatican posts. Cardinal Oswald Gracias of India is a member of his “kitchen cabinet” that advises him on the Church’s governance, Cardinal Luis Antonio Tagle of Manila is now prefect of the Congregation for Evangelization of Peoples, and South Korean Archbishop Lazarus You Heung-sik was recently appointed prefect of the Congregation of Clergy.

The pope’s inclusiveness and compassion for the poor and suffering churches in Asia is clear and visible. But there are plenty of questions to raise about whether such honor and prominence bestowed on churches in Asia have made them heed papal exhortations to become “a church of the poor for the poor.”

In countries like Pakistan, Bangladesh, Sri Lanka and Myanmar, Catholics are not just poor but also powerless and voiceless

Asian churches are composed of marginalized and extremely poor communities such as tribal people, formerly untouchable Dalits and struggling workers. Asia has 120 million Catholics, slightly over 11 percent of the total in the world.  But most of them, some 106 million, are in South Asia (20 million) and Southeast Asia (86 million).

Most Catholics in Asia are in the Philippines (85 million) and India (19 million), but they suffer from social and economic poverty. For example, some 80 percent of Indian Catholics are reported to be people of tribal and Dalit origin who suffer social discrimination and financial poverty. In the Catholic-majority Philippines, some 20 percent of people live below the poverty line, not having enough daily food.

In countries like Pakistan, Bangladesh, Sri Lanka and Myanmar, Catholics are not just poor but also powerless and voiceless. The poor Christian sanitary workers in Pakistan, exploited tribal Christians in Bangladesh or oppressed Dalit Christians in India continue to languish in the unending cycle of poverty and misery. But the Church’s hierarchy fails to own up to these oppressed communities effectively.

Moreover, the face of the Church continues to be Roman and Western, failing to represent the majority of its members. Millions of dollars are raised from donations each year in the name of these poor communities, but that income fails to uplift their situation and to reflect their face in the Church.

There are also allegations of social and racial discrimination against marginalized communities from church leaders in Asia. The ongoing demand for Dalit bishops in India is an example. Many poor Christians are not even aware that they have a right in the decision-making of their church.

Palatial church buildings and huge institutions in the cities and towns of Asia have become the faces of the Church. Church leaders are often seen hobnobbing with political and business elites. The pastors, still part of a triumphalist church, make sure they do not smell like their sheep.

When the rights of their beleaguered communities are violated, most often it is rights groups and liberal humanists who will stand up to challenge the violators rath than church leaders. Often those clergy, religious and laypeople who dare to speak against injustices are silenced and branded as troublemakers who do not “think with the Church.”

The tragic death of Indian Jesuit Father Stan Swamy speaks volumes about the Church’s deliberate and deafening silence in times of crisis of the poor and their backers. That is not what Pope Francis means when he speaks the Church’s role as “protector of the poorest, weakest and vulnerable.”

Another sad reality in many parts of Asia is that churches are still trapped in “fortress Catholicism” where leaders use church doctrine as a sword to suppress those who think out of the box. An Indonesian theologian-priest recently came under intense criticism, mostly from fellow clergy, for expressing favorable views about same-sex unions. It is just an example of how intolerant churches in Asia can be when it comes to hot-button issues.

Churches in Asia often keep mum when the basic rights of mainstream society are violated. Be it rigged elections and extrajudicial killings in Bangladesh, destruction of forests and livelihood of tribal people in India or the scourge of trafficking and child abuse in the Philippines and Thailand, church leaders tend to keep a safe distance.

Pope Francis has despised clericalism and careerism as a “cancer” that causes irreparable damages to the Body of Christ. Most Catholic clergy and religious in Asia still work to climb up the hierarchical ladder. For them, being in the good books of top leaders, even if it means ignoring Biblical values of justice and poverty, remains the top priority.

The Asian hierarchy hails Pope Francis as a great leader and quotes him elaborately in sermons and seminars. However, his advice is mostly never followed

Thanks to hierarchical positions, clergy and the religious tend to be exulted as medieval lords and princes, not “pastors who smell the sheep” and they remain separated from the masses. Financial transparency and lay involvement in decision-making often become causalities.  An Indonesian bishop was dismissed for squandering more than one million dollars of church funds and keeping a mistress. An Indian bishop accused of raping a nun and an Indian cardinal accused of controversial land deals are just a few of the reported incidents.

Lay empowerment is more talked about than acted upon. Seven decades after Second Vatican Council insisting on lay involvement in the Church’s management and administration, no serious action has been seen in this part of the world. Most clergy are unwilling to share power with the laypeople, fearing their “be-all and end-all” system in the Church might be threatened. That is opposite to what the pope advises: “Authentic power comes from service.”

Asian churches expressed huge enthusiasm over Pope Francis’ groundbreaking environmental encyclical Laudato Si’, triggering a flurry of programs and activities that continue five years on. However, this extraordinary document failed to make strong waves in most Asian nations as Catholic leaders couldn’t find any serious organized national or regional projects to put its teachings into practice.

The Asian hierarchy hails Pope Francis as a great leader and quotes him elaborately in sermons and seminars. However, his advice is mostly never followed as they challenge their concept of the Church and the convenience of life.

Church leaders in Asia need to organize their act by recognizing that “the time is greater than space” so that the Church of Christ is not made a self-referential entity that can fall sick from confinement. They need to dare to walk down the path with the poor and powerless and even meet with “accidents.”

They need to internalize that “realities are more important than ideas.” as Pope Francis says. Ignoring the realities of poverty-stricken Asia and not working to become a church for the poor will make Asian churches a relic of faith in the near future, much like the situation in the West today.

The views expressed in this article are those of the author and do not necessarily reflect the official editorial position of UCA News. 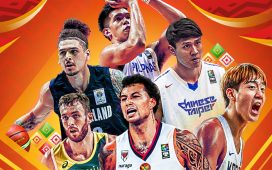 Are you ready for an Asia Cup party in Japan's B.League? – FIBA 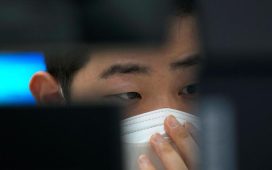 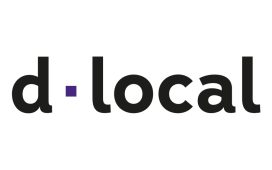 The Guide to Unlocking E-Commerce Growth in Markets Across Africa, Asia, Latin America … 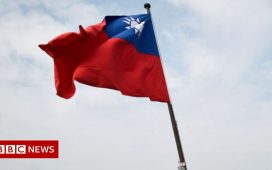