China will lead the region, accounting for more than 40% of global gas demand as the country is looking to move away from coal.

Other south east Asian countries, such as Bangladesh, India and Pakistan, will become important players as their developing industrial sector continues to demand power.

The report also focused on the role of liquefied natural gas following IMO 2020, which will implement tighter rules on sulfur content in bunker fuels.

The LNG industry regained importance after several years of decline, as more capital was invested in such projects, however more is needed for further growth.

The strongest suppliers are set to be fast-growing economies and major exporting countries, such as the U.S., with its large shale resources.

“The strong growth in LNG export capacity will enable international trade to play a growing role in the development of natural gas markets as they move towards greater globalization,” the IEA said, in a release.

READ  8 reasons Delta One is my new go-to way to fly to Asia
Share on FacebookShare on TwitterShare on PinterestShare on Reddit
newscabalJune 10, 2019 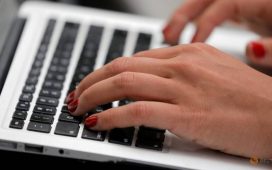