LONDON : There was a fall in world share markets and scramble to safer currencies and bonds on Tuesday after the CEO of drugmaker Moderna warned that COVID-19 vaccines are unlikely to be as effective against the new Omicron variant.

“There is no world, I think, where (the effectiveness) is the same level,” Moderna’s chief Stéphane Bancel told the Financial Times in an interview.

“I think it’s going to be a material drop. I just don’t know how much because we need to wait for the data. But all the scientists I’ve talked to . . . are like ‘this is not going to be good’,” Bancel said.

The early tumbles meant Europe’s equity markets scratched off Monday’s rebound and were below the levels hit on Friday when traders wiped roughly US$2 trillion off global stocks in the initial Omicron rout.

Bancel had earlier said on CNBC that there should be more clarity on the efficacy of COVID-19 vaccines against Omicron in about two weeks, but that it could take months to begin shipping a reworked vaccine designed for the new variant.

“It’s not good news, and it’s coming from someone who should know,” said Commonwealth Bank of Australia currency strategist Joe Capurso. “Markets have reacted in exactly the way you’d expect them to”

MSCI’s broadest global equities index which tracks 50 countries was 0.2per cent lower and heading for only its third red month of the year. It has risen nearly 14per cent in 2021 whereas emerging market stocks have lost nearly 6per cent.

Risk aversion also hit the currency markets with the U.S. dollar weakening 0.3per cent versus its main rivals. The Aussie dollar’s slide of 0.65per cent left it at its 12-month low of US$0.7093 whereas the Japanese yen – traditionally viewed as safe harbour due to its role as a funding currency – was nearing its highest level of the month at 112.95 yen.

There was plenty of data to digest too.

Activity in China’s services sector grew at a slightly slower pace in November, official data showed on Tuesday, as the sector took a hit from fresh lockdown measures as authorities raced to contain the latest outbreak.

China’s blue chip CSI 300 index closed 0.4per cent lower while Hong Kong’s Hang Seng Index shed over 1.5per cent exacerbated by breach of a strong technical support level of 24,000 points, according to analysts.

A bounce in the euro continued though as strong consumer spending boosted Italian GDP data, a day after Germany’s inflation rate hit its highest in decades at 6per cent year-on-year.

Euro zone-wide figures are due shortly. The single currency was last at US$1.1350 well up from a near 17-month trough of US$1.11864 last week when ECB policymakers signalled they still expected inflation to cool.

Omicron worries though meant the yield on 10-year German Bunds – regarded as one of the safest assets in the world – dipped to its lowest in just over a week at -0.345per cent and was last down about 2 basis points on the day.

Most other benchmark 10-year yields in the euro zone fell by a similar amount, while U.S. 10-year Treasury yields tumbled 7.5 bps to around 1.45per cent.

“We maintain our view that the ECB’s Governing Council will reinforce its patience on the policy rate at the December meeting to look through the inflation surge,” analysts at Goldman Sachs said in a note. 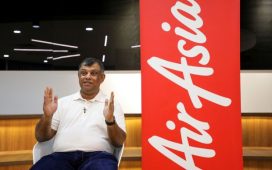