The Asian residue fuel market is expected to keep a strong momentum entering the July 5-9 week for both marine fuel 0.5%S and high sulfur fuel oil, as values have started to recover with the beginning of the third quarter.

In the low sulfur fuel oil market, Singapore stocks are likely to decline at the end of July due to a relatively low inflow of arbitrage cargoes from the West. Besides, bunker demand has recovered to the average level, industry sources said.

The high sulfur fuel oil market has been seeing support from South Asia and the Middle East as it enters the electricity demand season.

The Asian marine fuel 0.5%S market is expected to hold firm in July as stocks are likely to decline, traders said. The volume of low sulfur fuel oil arriving in Singapore from the West in July will likely be similar to that in June — approximately 2.2 million mt, S&P Global Platts reported previously. Singapore typically receives 2 million-3 million mt/month of arbitrage cargoes from the West, while the inflows have stayed on the lower side of the range since May.

At the same time, market participants at Asia’s major bunkering hubs of Singapore and Fujairah were optimistic that valuations for the downstream bunker market were likely to garner support in the near term.

An optimistic sentiment was underpinned by an above-average demand seen in the week ended July 2. “Demand seems to be coming back. Hope this continues,” a Singapore-based trader said. The sentiment was buoyant in the middle eastern port of Fujairah as well, where most traders reported a “busy” trading week.

In China, however, the market is not expected to recover any time soon. The price of the Zhoushan ex-wharf marine fuel 0.5%S is almost at parity with Singapore Marine Fuel 0.5%S for both the July-loading and August-loading product, implying that the market is still burdened by an oversupply of VLSFO from local refineries and lukewarm demand on delivered bunkers front. June ex-wharf Zhoushan prices were settled at a premium of $4-5/mt to Singapore Marine Fuel 0.5%S.

South Korea will see the inventories of VLSFO and LSMGO outpace demand on the delivered front, even though the weaker prices for delivered basis Marine Fuel 0.5%S continue to support demand amid the flat price rally. Since China’s implementation of the light cycle oil consumption tax that “evaporated” demand for LCO exports from South Korea, the complex has been utilized as a blending component for VLSFO, LSMGO, and MDO, industry sources said July 2.

The state-owned PSO is likely to increase its procurement of fuel oil to meet power generation demand over the third quarter of 2021 as the country’s LNG infrastructure undergoes maintenance, Platts reported previously.

In the Singapore bunker market, expectations were for a firming upstream cargo market to influence valuations in the end-user bunker market.

In Hong Kong, where demand has started growing after the lifting of the 14-day quarantine rule, the 380 CST high sulfur bunker fuel strengthened. Platts data showed that differentials between Hong Kong delivered 380 CST HSFO and FOB Singapore cargo of the same grade hit almost an eight-month high of $38.23/mt on June 24, and it stood at $29.66/mt on July 2, higher than the June average of $19.15/mt. 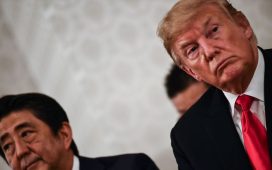 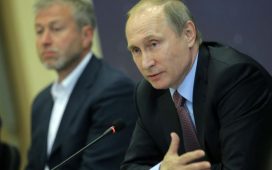