The Asia-Pacific currencies finished higher against the U.S. Dollar last week as investors began entertaining doubts about the scale of a recent rally driven by expectations of a faster pandemic recovery in the United States than elsewhere.

The downside pressure on the greenback actually began on February 5, when disappointing jobs data knocked the wind out of a two-week run that had lifted it to a more than two-month high against a basket of peers.

Investors had pushed up the dollar thanks to a faster U.S. vaccine rollout relative to most other countries, and as Democrats moved to fast-track President Joe Biden’s $1.9 trillion COVID-19 relief package.

Rising global equity markets also lifted risk sentiment last week, helping to dampen the U.S. Dollar’s appeal as a safe-haven asset. Because of this shift in thinking, investors shed the dollar and moved money into the Japanese Yen. At the same time, riskier fiat currencies like the Australian and New Zealand Dollars rose to multi-week highs.

Economic data from Japan was on light side last week, but one report showed that business sentiment among workers in Japan with jobs sensitive to economic trends fell for the third straight month in January, under the latest state of emergency declaration over the resurging coronavirus pandemic, government data showed.

The diffusion index of confidence in current conditions compared with three months earlier among “economy watchers” such as taxi drivers and restaurant staff dropped 3.1 points from December to 31.2, according to the Cabinet Office. But the pace of decline was slower than the decrease of 9.5 points logged in the previous month and the 9.2 points marked in December.

A measure of Australian consumer sentiment bounced back toward a decade high in February as the largely successful containment of coronavirus outbreaks in some cities offered reassurance on the economic outlook.

That left the index up a solid 14.2% on February last year at 109.1, indicating optimists clearly outnumber pessimists.

The Reserve Bank of New Zealand’s own survey of inflation expectations revealed a marked pick-up in the one-year outlook to 1.73%, while the two-year forecast climbed to 1.89% and near the middle of the central bank’s 1-3% target band. 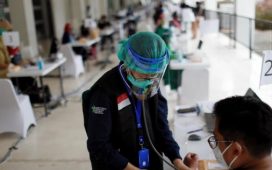 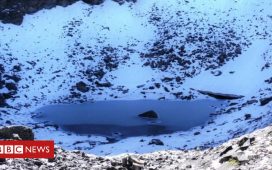 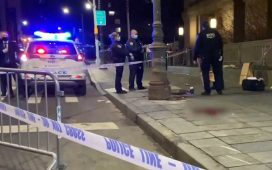 'If he dies, he dies': Suspect in stabbing of Asian man in New York City told authorities 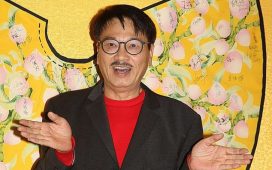