Scout Gaming has high hopes for its daily fantasy sports product in Asia after expanding its presence in the region through a multi-year licensing agreement with Dafabet.

A launch as early as possible in the first half of 2019 has been earmarked, although discussions over the markets in which to launch are ongoing.

However, the supplier has been buoyed by the experience of linking up with India-facing start-up StarPick, which launched in March with a fantasy cricket offering ahead of the 2018 Indian Premier League Twenty20 tournament.

The new partnership is on a different scale to StarPick, but Scout Gaming is confident that its DFS product will also achieve encouraging cut-through with Dafabet, which is expected to be included in Scout Gaming’s global liquidity network.

“We really believe in our DFS product. That’s our prime product and that is what is working best elsewhere,” Renman continued. “We hear often that Asia is different, but we see no reason why DFS cannot also work there.

“We know gaming is very big in Asia – and this is a competition game. There is big potential and a natural opportunity to acquire new user groups and target users in a different way.”

Dafabet, which was established in 2004, already offers a range of iGaming products, including casino and poker games.

“We have a history of successful growth across multiple product verticals and look forward to be able to introduce Scout Gaming’s fantasy sports platform to our player base,” Dafabet marketing director Nikos Diakoumopoulos said. “Fantasy Sports holds great potential and complements our existing portfolio perfectly.”

Scout Gaming, which has its headquarters in Stockholm, as well as offices in Norway, Malta and Ukraine, is aiming to build on its partnership with Philippines-based Dafabet in Asia, and is in talks with other operators in the region.

The company is expanding west, as well as east.

In October, Scout raised an additional SEK42m (€4m/$4.6m) in capital from institutional investors, with the funds described as “essential” for executing the supplier’s growth plans in the US.

The investment was announced just weeks after Scout Gaming signed a partnership with Metric Gaming to combine their sports betting and fantasy sports products, with an eye on the US market.

Then last month the company set its sights on working with “high-profile” brands in the UK after obtaining a new licence to offer its B2B solutions to operators in the market.

China reveals plan to cut plastic use by 2025 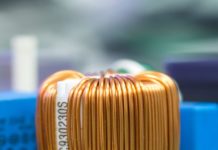 Can You Imagine How Central Asia Metals's (LON:CAML) Shareholders Feel About The 49 … 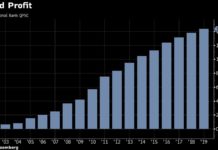