[HONG KONG] Optimism about the economic outlook in 2021 helped Asian investors kick off the new year Monday on a positive note, as hopes surrounding the rollout of coronavirus vaccines offset a frightening surge in infections.

With uncertainty over Brexit and a new US stimulus gone, sights are now on the economic recovery from the calamity that was 2020, with a broad expectation that countries will enjoy strong rebounds as life gets back to some semblance of normal.

Vast amounts of government and central bank cash have been a crucial driver of a global rally in equities from their March troughs, and analysts expect those loose monetary policies – particularly at the Federal Reserve – to stay in place for the foreseeable future.

“Stock markets are headed higher and they are headed higher without the old traditional valuation techniques” as long as the Fed “keeps the liquidity bubble going”, David Kotok, at Cumberland Advisors, told Bloomberg TV.

However, while the consensus is for a strong performance for markets this year, he did warn that the first quarter will likely be tough as vaccinations are administered but the virus continues to spread.

Seoul rallied two per cent following strong export data, while Sydney put on more than one per cent as there were signs a spike in new infections in the city was being brought under control.

Hong Kong rose, though China Mobile Communications, China Telecommunications Corp and China Unicom (Hong Kong) all dipped more than three per cent after they were delisted in New York to comply with an order by Donald Trump barring investment in firms with ties to the Chinese military.

State-owned oil giants CNOOC and Petrochina were also hit on speculation they could be next in line.

Shanghai, Singapore, Taipei, Manila and Jakarta were all on course to start the year on a positive note.

But Tokyo fell as investors fretted over reports that Japanese Prime Minister Yoshihide Suga was considering issuing a regional state of emergency for the capital and surrounding areas as new virus cases soar.

Still, Rakuten Securities said the Nikkei could hit 30,000 by September as people are vaccinated.

The broad gains in Asia came after the Dow and S&P 500 finished at fresh records on Wall Street.

“Covid cases and vaccine distribution will remain the key focus for investors for now. The political forces that influenced markets late in 2020 have almost faded as the US election and Brexit have passed,” said Kerry Craig at JPMorgan Asset Management.

“Without the wide distribution of vaccines, the paths of Covid and the economy are locked together, given the impact on social mobility and economic curtailment.

“This link will be broken as immunity levels rise into the middle of the year, but until then the economic path will be bumpy over the first quarter.”

On currency markets the pound extended gains against the dollar on the first trading day after the United Kingdom left the European customs union, having eventually agreed a trade deal.

Oil prices were also higher as eyes turn to a meeting of Opec and other major producers later in the day to decide February output levels.

“While it is increasingly clear that 2021 global demand will be above supply if Opec+ can hold together, limiting downside risk in oil, near-term catalysts due to the new contagious mutations are more likely to be negative than positive for near term oil prices,” said Axi strategist Stephen Innes.

Investors are also keeping tabs on the US, where Georgia has two runoff elections that will decide which party holds control of the Senate.

Bitcoin surged to a new record high near US$34,000 after smashing through US$30,000 for the first time at the weekend as risk-seeking investors pile into the cryptocurrency, with demand helped by online payments giant PayPal’s announcement in October that it would enable account holders to use it.

The news led JPMorgan Chase to compare the unit to gold. 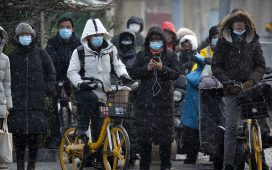 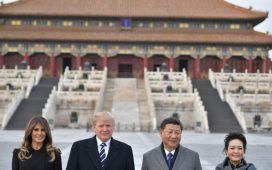 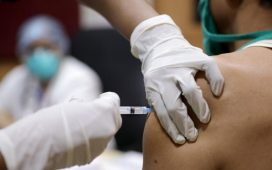 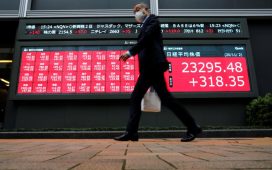