Supermarkets are now full of plant-based alternatives to meat and Asda is the first to bring everything together with a vegan butcher counter.

The first counter will be at the Watford store and will serve up everything from bean burgers to facon and meat-free meatballs.

Part of a trial with Kbox Global, the counter will have the vegan ‘meat’ offerings in one place, as well as vegan cheeses, ready-to-eat meal kits, chutneys and cooking sauces.

It’ll be named ‘Veelicious’ and initially trialled for six months before Asda decides whether to roll it out further.

Prices will start from 75p.

Although other stores won’t have their own counters at this stage, Asda is adding 22 new meat-free alternatives to its plant based range for vegans across the UK.

Preyash Thakrar, Asda’s Chief Strategy Officer, comments: ‘The demand for vegan products is on the rise and we have seen a surge in people seeking out ways to easily enjoy a plant-based lifestyle.

‘We recognised the importance of helping our customers with their Veganuary journey, which includes partnering with Kbox to trial Veelicious in our Watford store.

‘Across our product range we offer many options for vegans and flexitarians, such as meat-free alternatives and vegan cheeses, ensuring that our customers don’t have to compromise on quality, taste or value when following a plant-based lifestyle.

‘Veelicious will be a ‘test and learn’ trial to help us understand what resonates with customers to enable us to enhance our plant-based proposition.’

Independent vegan butchers Rudy’s opened in London late last year but this is the first vegan butcher counter inside a supermarket.

Get in touch at Metrolifestyleteam@metro.co.uk.


MORE : Things to be aware of if you’re planning on going vegan this January


MORE : Veganuary is for everyone but to get people on board we need to avoid the vegan label 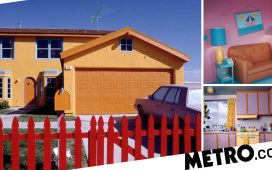 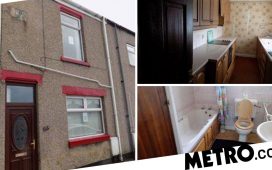 Inside one of the cheapest houses on sale in Britain that costs just £29,950

From deep-fried treats to curry: four ways with paneer – recipes