Buying an artwork for our home should be one of the most exciting decisions we ever make – but all too often turns out to be a daunting prospect.

Choosing a piece of art that will be on permanent display can be a nerve-wracking process, with worries about getting the style, scale, frame or colour wrong often high on our list of concerns.

Such fears can lead us to making a safe, generic choice – something which curator and art consultant Kath Wood is passionate about challenging.

Kath, who runs visual arts agency Kath & Company and has worked with artists, galleries and museums for more than 30 years, is the creator of new initiative Art At Home, presenting seasonal collections of stylish, affordable and original art by living artists.

Instead of presenting it in some anodyne, whitewashed gallery space, it will instead be on display in her newly revamped home, an early 19th century house that forms part of Twickenham’s riverside conservation area.

‘There is so much choice out there, so people often plump for buying a print, which is an easy first option,’ says Kath, who worked closely with Rafael Vinoly Architects on the design of Firstsite exhibition space in Colchester.

‘However, I want to make the case for spending the same amount of money on an original artwork – a real painting or sculpture. I want to help demystify the art-buying process and, in our post-lockdown world, attract a new demographic of buyers for original contemporary art by providing a new, relaxed meeting point in a real physical space.’

To celebrate the launch of the venture, Kath has invited 12 artists over 12 weekends, between Saturday and October 17, to host a series of two-day selling exhibitions of paintings and sculpture, ceramics and textiles.

On show will also be the super realist sea and tree-scapes of painter Harvey Taylor, the kitsch-cum-satirical ceramic figurines by Karen Densham, and Freddie Robins’ subversive knitted pieces. Prices for the artworks start at about £125 and go up to around £5,000.

By having the artists exhibit in her own home, Kath hopes to shine a light on the potential art has as part of our domestic lives and interior design, and inspire those looking to shake up, refresh and rethink their existing décor.

The project has been a long-term dream of Kath’s, who could finally afford to move from Essex to London when she inherited some money – buying, in January 2020, the perfect property to act as both private home and exhibition space.

The corner house, on Sion Road, dates from 1810 and served as a British Lion beer house, before later becoming a shop and tea rooms, and finally a home in the mid 1970s.

‘I loved the fact the building had both a social and private purpose over the years, and that I have the chance to not only live in it, but to open it up to the public again as well,’ Kath says.

Kath’s own eclectic collection of more than 50 artworks is on display throughout the home – a mixture of pieces she has handpicked as well as gifts from artists over the years – including pieces by British leading lights Maggi Hambling and Howard Hodgkin.

Soon, of course, the home will become the backdrop to an ever-changing display of avant-garde pieces across all media, and Kath’s excitement about welcoming in first-time art buyers is palpable.

She’ll be encouraging them to chat with the artists, who will be on hand to answer any questions about their materials and inspiration. ‘You shouldn’t ever feel you have to buy straight away,’ Kath cautions.

‘Responding to a piece intuitively is a really good sign, but you need to think about scale and how it will work in your own space, and if there is a particular spot you want to fill. But if you really fall in love with a piece, then it will have a place with you, wherever you go.’

How did Kath do it?

Adapting the three-storey property to its new dual purpose, and restoring its flow, was an eight-month project.

Kath moved two internal staircases to open up the ground-floor space, and reconfigured one of the three first-floor bedrooms into a sitting room/library overlooking York House Gardens, with the River Thames and Twickenham Yacht Club a short stroll beyond.

The lower-ground floor, once used as a utility area, had its ceiling raised, and now serves as a gallery/project space.

To her delight, the home was sold with its original saloon bar mirror, and Kath commissioned a piece of bespoke glass for the front door, featuring beer glasses and part of an old census, to further reference the property’s history.

As a self-described maximalist, Kath ensured colour took centre-stage. “I wanted the house to feel like a jewellery box, so each space has a different feel, but is connected through colour,” she says.

The interior walls feature 15 of littlegreene.com’s eco-friendly Colours of England range, which are inspired by original Georgian, Regency and Victorian interiors.

Hues include off-white Flint in the studio space, aubergine Cordoba on the front door, blue-grey Arquerite in the bathroom and acid-bright Green Verditer on the kitchen cabinets.

In the sitting room/library (its walls painted in the pale blue Bone China), the lavishly floral circular Eden Queen Carpet, designed by Marcel Wanders for moooi.com, takes its inspiration from the still life paintings of the 17th century Dutch masters.

The room is furnished with pieces collected over the years, as well as those bought especially for the house – for example the raffia sofa by Charles Rutherfoord; American 1950s high-backed gold velour chairs; a baroque- style mirror and early Georgian rush-seated chairs.

Being green was also high on Kath’s agenda. She upcycled wherever she could, and added sustainable features such as wool insulation.

The new galley kitchen was designed by Milestone Eco Design, with worktops made from recycled Bombay Sapphire Gin glasses.


MORE : Why rented furniture is the quick fix solution to giving your home a brand new look


MORE : How to make bold wallpaper work in your home

See also  Is it ever OK for a train company to block you on social media?
Share on FacebookShare on TwitterShare on PinterestShare on Reddit
newscabalJuly 27, 2021 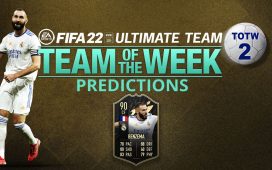 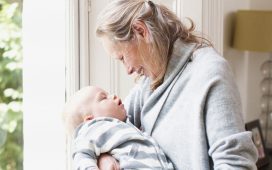