An artist whose work will no longer be available in the Royal Academy’s gift shop after views she expressed in a blogpost were deemed transphobic has said she is considering legal action against the institution.

The RA confirmed Jess de Wahls’ embroidery work would no longer be stocked after a 2019 post – in which she outlined her views on gender identity politics – was determined to be transphobic by the RA.

In a statement on Instagram, the RA said that De Wahls’ previous comments, which included that she cannot accept people’s “unsubstantiated assertions that they are in fact the opposite sex to when they were born”, were in conflict with its own diversity, equality and inclusion principles.

De Wahls told the Guardian that she is considering legal action. “I don’t know yet, but something’s going to give. They’re gonna have to say something at some point. If they hope that this is just going to go away, it’s not going to go away,” she said.

The artist also refused to accept that denying trans women are women was transphobic, saying: “There has to be place for people to disagree respectfully and not validating someone’s felt identity, to me, I’m sorry, that’s not a hate crime.”

Veteran LGBT rights campaigner Peter Tatchell said: “Trans women are different from other women, but being a different kind of woman is perfectly valid and no justification for the denial of their identity.

See also  Beijing's streets during and after Covid lockdown – in pictures

“If an artist denied Jewish, black or gay people’s identity, most people would say that the Royal Academy would be right to remove their works from the gift shop. But when Jess denies trans people’s identity, she and other trans critics say that it’s her right to free speech and she should not be penalised. This smacks of double standards.”

In the blogpost De Wahls, who is known for her feminist-inspired embroidery, discussed her own father’s gender non-conforming self-expression, while expressing her concerns that gender politics have become too “tribal”.

The blogpost also argued that gender politics had a detrimental impact on the rights of women and was similar to the constraints and censorship seen in De Wahls’ birthplace in then East Germany.

De Wahls believes the RA decision was influenced by an online campaign from activists, and said the call to no longer stock her work was made after the institution received eight emails complaining about her views.

The RA did not respond to a request for comment from the Guardian, but in its Instagram post the institution thanked those who had brought the statements to its attention. “We appreciate you holding us to account on this issue, and we would like to reiterate that we stand with the LGBTQ+ community,” the statement read.

Some commentators and campaigners have called the situation a “test case for anti-discrimination laws” and a new form of “McCarthyism”, with De Wahls – who is described on her own website as “a bona fide lynch pin of the international textile arts scene” – telling the BBC Radio 4’s Today programme that the issue will not “just go away”.

“I have the feeling that there is a hope within that institution, which is mind-boggling to me, that this just will go away,” she said. “My inbox and the feedback I’ve been getting from the general public is quite the opposite.”

There have been calls for the Equality and Human Rights Commission to investigate the matter and determine whether or not the RA’s decision breaches the Equality Act. 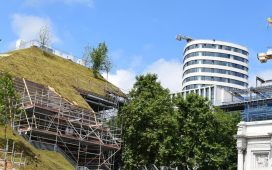 Richard Hutchins: the homeless artist who became an Oprah-endorsed sensation 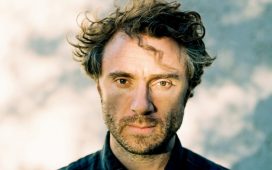