Arsene Wenger offers to make Arsenal return and ‘help them, if needed’


Arsene Wenger says he is prepared to make a sensational return to Arsenal if he is needed, but does not expect his former club to come calling.

The Gunners are enduring a difficult season so far under manager Mikel Arteta, and despite winning their last two games, still sit 13th in the table with just six victories in their opening 16 matches.

It has been a difficult time for the club since Wenger left in 2018 after 22 years in charge, with Unai Emery and now Arteta struggling to find consistency in form and results.

Arsenal have won the FA Cup under Arteta and reached a Europa League final under Emery, but their two league finishes since Wenger’s departure have been fifth and eighth, with this season potentially continuing that downward trend.

The Frenchman had not taken another job in management since leaving the Emirates, and despite being 71-years-old, he says he is ready to answer the call if the Gunners need him.

‘If I’m needed, I will help them, but I don’t expect that, no,’ Wenger told NBC Sports’ Men In Blazers.

Arsenal have the chance to extend their winning run to three matches when they travel to take on West Brom on Saturday night and could climb to 11th in the table if results go their way.

It has been an extremely difficult season for Arteta so far, after the FA Cup win had raised expectations ahead of the current campaign.

Wenger has claimed previously that the Spaniard was ‘lucky’ to get the Arsenal job and could be too inexperienced for it, although he does have the qualities to become a good manager.

‘Mikel had passion for the game and big motivation, and good focus and a desire to do well,’ Wenger told talkSPORT. ‘You could see the ingredients there, and he had a grip and influence on the other players.

‘He’s lucky that straight away he got into a big club, in a position where you normally have to work ten years to get in that position, but because he played for the club and was a good player, he got his chance. I wish him well.

‘I left the club in a position for my followers to do better and the club now has the financial resources to win the championship.’

READ  Moussa Sissoko says Tottenham must stay calm and strike first against Ajax
Share on FacebookShare on TwitterShare on PinterestShare on Reddit
newscabalJanuary 2, 2021 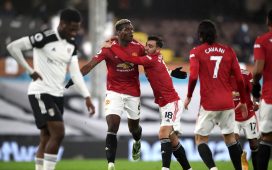 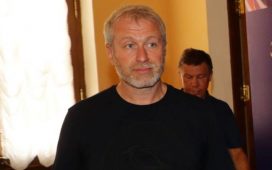 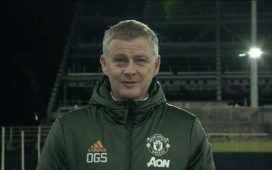