The balance Arsenal must strike from this weekend is not lost on Mikel Arteta. “We are trying to build a medium-to-long-term project, which needs immediate results,” he said before Norwich’s visit on Saturday. “We cannot change that and we don’t want to change that, because we want results right now.”

Even though the season is only three league games old, they must not leave it any longer. Defeat against Daniel Farke’s side, who sit above bottom-placed Arsenal by virtue of having managed to score a goal, is unthinkable and would ramp up the pressure Arteta faces. He and his technical director, Edu, feel they have finally amassed a squad that can reverse a decade’s agonising decline; the problem they face is that, among supporters at least, credit is in danger of wearing to breaking point. Just under £150m of new talent must hit the ground running if those in charge are not to run out of road.

The backing Arteta has received from the Kroenke family this summer is extraordinary, particularly given the well-documented financial worries caused by a double whammy of Covid-19 and the absence of European football. A club that felt compelled to make 55 employees redundant a year ago, and took out a £120m government loan in January to alleviate cashflow problems, found circumstances had shifted to the extent they could amass comfortably the top flight’s biggest summer net spend. Arsenal have gone all in on the revamp Arteta craved and now they will seek a return.

In signing Ben White, Martin Ødegaard, Takehiro Tomiyasu, Albert Sambi Lokonga, Aaron Ramsdale and Nuno Tavares, Arsenal feel they have planted seeds that will bear fruit in terms of performance level and, perhaps critically, resale value. There is plenty to like about the individuals, who are all 23 or under. Ødegaard, in particular, has proven quality and will require minimal integration time; White and Tomiyasu will add athleticism to a beleaguered backline and Lokonga, who plays with his head up and shows an admirable appreciation of space, has looked bright. All six should improve with top-level exposure and good coaching; the question is whether that will be enough to give Arteta the short-term uplift he desperately needs.

Arsenal’s next 10 league games, six of which they host, may prove a defining run for Arteta. If he can fairly point out a rough start to this campaign, which included chastening encounters with Chelsea and Manchester City while juggling a string of injury and Covid-related absences, then it would take some casuistry to dress up the coming sequence as anything but inviting. After facing Norwich, Arsenal play at Burnley; the subsequent two months see Tottenham, Crystal Palace, Aston Villa, Watford and Newcastle visit the Emirates while Arsenal travel to Brighton, Leicester and Liverpool.

Even if the current gulf between Arsenal and the leading lights effectively gives a trip to Anfield free-hit status, the rest of those assignments should hold few fears for a team with aspirations towards upward mobility. To have a credible shot at finishing sixth, an outcome that would probably deliver enough of an uptick to guarantee Arteta continued employment, they will probably need at least 63 points. That means an average of 1.8 points a game from here. Hitting that target over these 10 matches would take six wins or the equivalent; it feels like a reasonable minimum expectation for those seeking evidence that the manager can bring about a new dawn.

How far patience will stretch if Arsenal continue to flounder is uncertain. “Whilst we would love to jump from where we are to where we want to be in an instant, we need to be realistic that the gap is too large to do that,” the chief executive, Vinai Venkatesham, wrote to club staff this month, outlining a strategy to “fill our squad with some of Europe’s most exciting young talent”. The hierarchy have steered clear of publicly aiming for a sharp return to the Champions League places, their ultimate endgame, in favour of more considered rhetoric about steadily turning the tide.

That will wash as long as Arteta can convert the promise into a modicum of consistency. If he were not almost 21 months into the job, there would be every temptation to frame Saturday as a fresh start. As Edu put it in a recent interview, Arsenal have “tried to clean the squad”; while a certain amount of deadwood is still to be shifted, it is the most compact-looking cadre of Arteta’s tenure. He has most of what he wants, and far less of what he does not, but the disappointments and serial mistakes that peppered last season and have spilled into their early performances in 2021-22 mean Arsenal cannot get away with simply selling the future.

It is a narrow tightrope for Arteta to walk. Among Premier League managers only Farke and Thomas Frank can select from younger squads; Arsenal have picked the youngest starting lineups this season. Much will rest on whether senior players can carry their share of the burden and mitigate any inconsistency shown by the newcomers. When White endured a torrid debut at Brentford, there were few elder statesmen around to show the way. Now Pierre-Emerick Aubameyang and Alexandre Lacazette are fully fit and expected to banish last term’s demons, while Thomas Partey should return against Norwich in a significant boost to Arsenal’s prospects. Partey had looked in excellent shape during pre-season and has a quality few of his teammates yet possess: an ability to make those around him step up and perform.

Arsenal need to raise their game against Norwich and then, for all the talk of long-term planning, they need to do it again and again. “We don’t want to give any excuses,” Arteta said on Thursday. For all the conjecture, the bottom line is that those are about to run out. 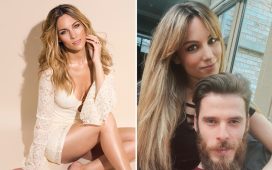 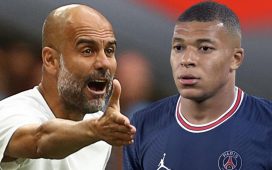 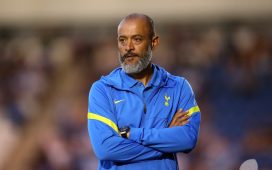 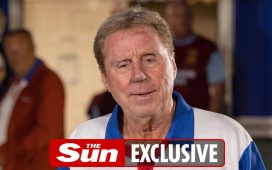 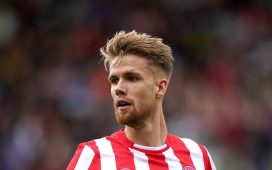 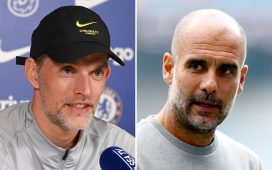