Mikel Arteta could be facing a big decision when it comes to Jack Wilshere, while Alexandre Lacazette continues to keep Martin Odegaard out of the Gunners starting XI 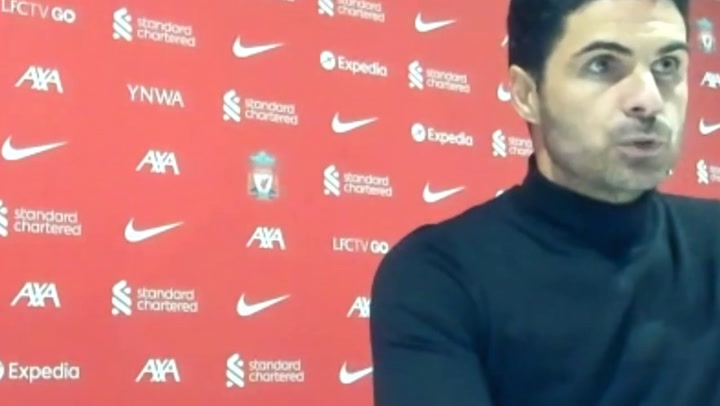 It’s been a rollercoaster season so far for Mikel Arteta’s Arsenal side.

After finding themselves bottom of the Premier League after three games, having failed to pick up even a single point, the Gunners went on a tear and headed into Saturday’s game with Liverpool on a 10-game unbeaten run.

A harrowing 4-0 loss has now brought them back down to Earth with a bump, but Arteta’s side now harbor genuine ambitions of securing Champions League football come the end of the season.

In order to do that, new faces may well be brought in during the January transfer window, with one reported target receiving advice from footballing legend Zlatan Ibrahimovic as he tries to secure a big-money move.

Another forgotten Arsenal man has been labelled the club’s ‘best player’ in training while Martin Odegaard is finding history repeating itself following his big summer switch from Real Madrid.

Will Arsenal finish in the top four this season? Let us know what you think in the comments below

Mikel Arteta has overseen a dramatic transformation in Arsenal’s results

His arrival was greeted with intrigue from across the footballing world, with many agreeing the Galacticos had just secured one of the best young prospects in several years.

But Odegaard’s Madrid career fizzled out, as he was forced to watch from the sidelines or shipped off elsewhere on loan.

After his summer switch to the Emirates, Odegaard could be forgiven for feeling a strong sense of deja-vu.

The Gunners have been widely linked with making a January move for Fiorentina star Dusan Vlahovic.

The striker has impressed over the last few seasons in Italy, although the likes of Manchester City, Liverpool, Tottenham and Newcastle are also said to be monitoring the forward.

And as he works towards securing his big-money move, the forward received some encouraging words of advice from footballing legend Zlatan Ibrahimovic after their sides met in Serie A.

If Zlatan’s advice is anything to go by, it won’t be long before we see the forward turning out for one of Europe’s biggest teams.

Forgotten Arsenal man Jack Wilshere has emerged as the club’s ‘best player’ in training, according to youngster Bradley Ibrahim.

Wilshere returned to his boyhood club earlier this season as Mikel Arteta offered the former England international the chance to train at London Colney until he finds a new club having found himself released by Bournemouth at the end of last season.

That move even led to calls from some sections of the fanbase to offer Wilshere a permanent deal, and according to Arsenal prospect Ibrahim, it seems he could be going the right way to achieving just that.