As a blanket of pre-match snow draped itself over The Hawthorns, the warm-up came sponsored by snoods, hats, gloves, fake fur and plenty of layers.

Apart from in the case of Kieran Tierney. Apologies for what might sound like stereotyping but it was T-shirt and shorts for the young man brought up just outside Glasgow.

And that is probably because he was made to wear a top.

The flintiness of Tierney is a quality that would not just be admired by Mikel Arteta but by any self-respecting manager.

And it is something Arteta obviously wants to run through his squad. Hence why Mesut Ozil is missing.

It had shown signs of doing just that in the two previous fixtures and there was no change here.

As the two managers surveyed the early evening whiteout, word filtered through the chill that one was happy with testing conditions, the other not so much.

No prizes for matching the names with the sentiments, again with an apologetic nod to stereotyping.

But if there was a thought one particular manager and his team might fancy the baltic challenge more than the other, it was soon spectacularly disproven – and not just by Tierney.

Then again, why would you not fancy it against a West Brom team that has just been cuffed by five on their own patch?

This is an operation laced with errors, undermined by a lack of top-level quality with a playing staff seemingly uninspired by the replacement of Slaven Bilic with Sam Allardyce.

No wonder Arsenal fancied it.

But their application was only a fraction of the story here – this was Arsenal playing, well, Arsenal football.

Well, at least the Arsenal football with which those of an older generation are familiar.

Crisp, quick, direct in a pleasant way, all about movement, all about intelligence, a brand of football neatly packaged in a succulent Bukayo Saka goal.

By then, Arsenal were already ahead courtesy of that man Tierney, not only revelling in the snow but speeding across and embarrassing Darnell Furlong before applying a cold, curling finish with his wrong foot.

But if the first was about Tierney’s individual excellence, the second was about collective brilliance.

And it was the final pass that really caught the eye, Emile Smith Rowe plating it up for Saka to walk in.

Composure and intelligence from a player whose work ethic is unquestionable. That is a promising combination for a young player.

It is a combination shared, in abundance, by Saka.

This young man is a serious talent and his combination work with Smith Rowe was a window to the future under Arteta.

Can Arsenal finish in the top four this season? Have your say here.

No-one should get too carried away, even though these three Premier League wins on the spin have rather swiftly kiboshed the spicy debate about whether Arsenal were in a relegation battle.

This was, after all, against a side simply proving themselves to be a good Championship team who have not improved anything like sufficiently to compete at this level.

If Allardyce keeps them up, it will be one of his finest achievements and Arsenal did have short spells when they did not produce the sort of cavalier football exhibited by Marcelo Bielsa’s side here.

To be fair, the increasingly treacherous surface did not help anyone’s fluency but Arsenal did become a little withdrawn before Alexandre Lacazette struck home a third and a fourth to twist the knife into Sam and West Brom.

The brief moments of West Brom threat would not have bothered Arteta whatsoever.

Arsenal were given only a very minor defensive test by this fairly directionless West Brom team but never looked like slipping up.

In addition to the style of the first half, they showed the strength to repel some vaguely spirited West Brom stuff in a brief period after the break.

Flair and fight, that’s an Arsenal combination of old. 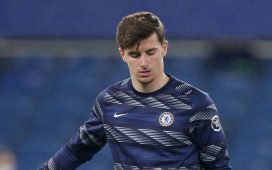 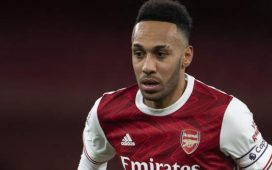 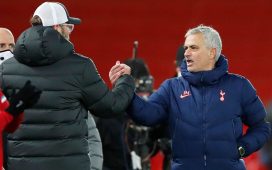