Arsenal vs Wolves prediction: How will Premier League fixture play out tonight?

The winger could cause Arsenal’s defence problems, and Mikel Arteta’s side are desperate to turn things around after consecutive home defeats.

His side took on Southampton on Monday night, earning a 1-1 draw.

Here’s everything you need to know about the game.

The fixture will kick-off at 7:15pm GMT at the Emirates Stadium.

The match will be televised on Sky Sports Premier League and Main Event, where coverage will begin from 7pm GMT. Subscribers can stream the match on the Sky Go app.

Mikel Arteta will be without Nicolas Pepe, who serves the first of his three-game suspension, while Thomas Partey is a doubt following a thigh injury. Willian could be available after recovering from a calf injury, and Mohamed Elneny and Sead Kolasinac may be selected following positive tests on international duty.

Conor Coady returns to the squad after missing the draw with Southampton, but Romain Saiss is out after he tested positive and is now in self-isolation. Jonny is still sidelined with a knee injury.

Confidence in Arsenal is wavering. The Gunners look lost, and Arteta is yet to land on a true starting side. Wolves will be a threat, but the Gunners should avoid slipping to three defeats. 1-1. 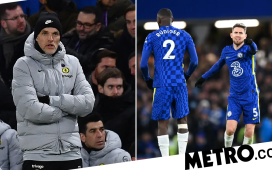