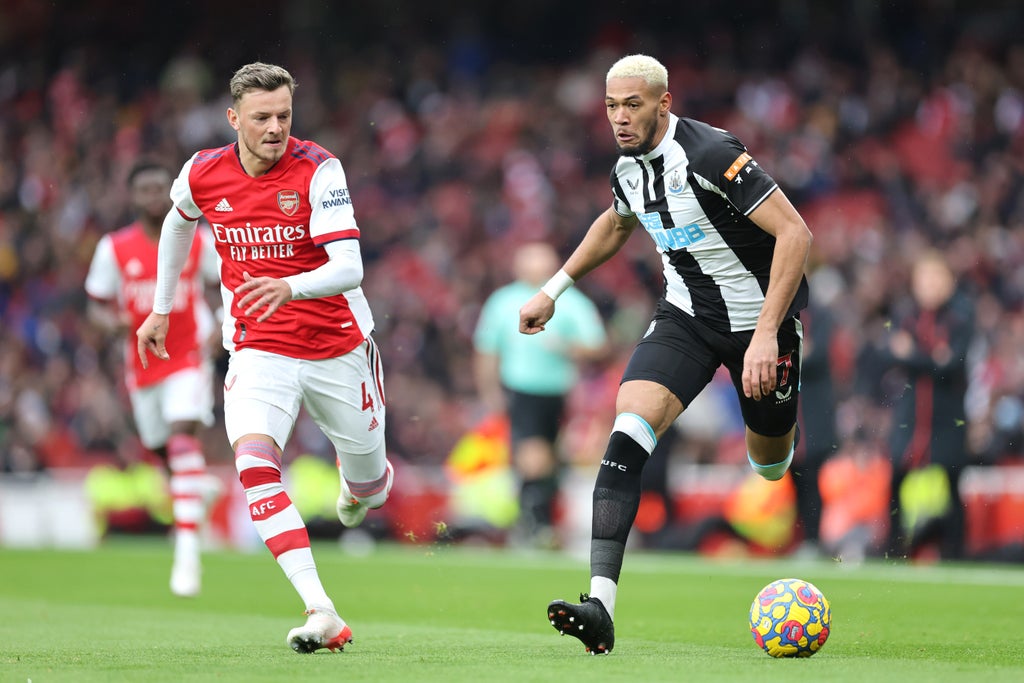 Wenger back at Arsenal? “I want him closer” says Arteta

Follow all the action as Arsenal host Newcastle in the Premier League’s early kick-off.

Mikel Arteta’s side’s unbeaten run came to a chastening end against Liverpool last weekend, with the Gunners resoundingly thrashed 4-0 by Liverpool at Anfield. However, they remain just three points off the top four, albeit with a significantly inferior goal difference than West Ham. Arteta has few injury concerns to worry about, with Thomas Partey and Kieran Tierney both fully fit, and the squad have had plenty of time to prepare for the fixture without midweek football.

Newcastle’s preparations have been hampered by Eddie Howe’s self-isolation after testing positive for Covid-19, but the head coach was given clearance on Friday to take charge of Newcastle from the dugout for the first time. He will hope his presence can spark a turnaround, with the club bottom of the table and still without a win after twelve games of the season. Follow all the latest updates below.

29 mins: Arsenal deal with the Newcastle set piece without too much trouble and work the ball nicely out from the back. Newcastle attempt to press high but some fluid movement from the Gunners enables them to push into midfield. Tavares gets forward on the left side. He makes a run down the inside left channel, collects the ball and boots an effort wide of the far post!

26 mins: Saka seems to get pulled back by Matt Ritchie but manages to squeeze the ball out to Odegaard. His first touch takes the ball towards Wilson who holds it up and wins Newcastle a free kick.

The ball is then sent up the pitch where Saint-Maximin gets his first chance to run at the Arsenal back line. He carries the into the let side of the penalty area, weaving around White before winning a corner as Tomiyasu blocks his attempted cross out behind.

23 mins: It’s been a fairly low-key start to proceedings over the first 20 minutes or so. Arsenal have had most of possession and one of two half chances.

Both teams seem to be feeling each other out, waiting for someone to make a mistake.

20 mins: Save! Martin Dubravka keeps Newcastle on level terms with a good leaping save after Martin Odegaard curls the free kick over the wall. It’s at a nice height for Dubravka who manages to parry the ball wide of the left hand post!

18 mins: Fine play from Arsenal who beat the Newcastle press with a one-two between Nuno Tavares and Thomas Partey. Tavares sprints down the left channel and swings a cross into the box but Jamaal Lascelles is there to block it. The ball is won back by Arsenal and Joe Willock hacks Martin Odegaard down just outside the Newcastle box.

15 mins: Close! Very close to the opening goal for Arsenal. The Gunners nonchalantly pass the ball around the middle of the pitch and Newcastle aren’t overly keen to press prefering instead to hold a tight defensive shape. Partey squares the ball to Sambi Lokonga who slots an almost perfect diagonal ball over the top into the right side of the box. Saka bursts in behind and lunges at the dropping ball but it’s just out of reach and bounces out for a goal kick.

12 mins: Newcastle are content to play on the counter-attack or utilise runners in behind. Jonjo Shelvey knocks a lovely pass over the Arsenal back line and Wilson is in again – this time from the left wing. He shifts the ball onto his right foot and looks to shoot but it’s a feint and he prods the ball back to the edge of the box where Fraser is arriving. So too is Tomiyasu who intercepts the pass and runs it away for the Gunners.

9 mins: Chance! Saka comes inside from the right wing but misplaces his pass and gives it away to Joelinton. He lays a pass off to Ryan Fraser who boots it long for Callum Wilson to run in behind. He’s held up by Gabriel and the two players gets into a tussle. Gabriel goes to ground but Wilson runs into the box and fires a shot off at Aaron Ramsdale. The Arsenal goalkeeper keeps it out as the whistle goes to award Arsenal a free kick.

6 mins: Nearly! Martin Odegaard receives the ball just inside the Newcastle final third and turns towards goal. He threads a nice pass into the box as Pierre-Emerick Aubameyang makes a darting run through the centre but Fabian Schar beats him to the loose ball and belts it away to clear the Newcastle lines.

3 mins: Allan Saint-Maximin runs into trouble and loses the ball to Takehiro Tomiyasu. He pokes it up to Bukayo Saka on the Arsenal right flank but Joe Willock sprints across and takes the ball off his former teammate and Newcastle work the ball out of their own final third.

'I didn't expect him to hug me': Rangnick on Ronaldo's reaction to substitution – video