Good evening and welcome to our live coverage of this evening’s Premier League clash between Arsenal and Aston Villa.

The dust has barely settled in the aftermath of Alexandre Lacazette’s last-gasp equaliser against Crystal Palace on Monday night, but the Emirates faithful are preparing to do it all again.

But while they exited the stadium on Cloud 9(0+6) having stolen a point from Palace, there is no escaping the fact that the Gunners were second best to the side from south of the river.

So similar shortcomings tonight are unlikely to be tolerated, especially if Villa go on to add to their recent run of victories against Mikel Arteta’s men.

Bukayo Saka is a doubt for the hosts, having been launched across London by James McArthur four nights ago, and that may mean a reshape for the Spanish coach, especially if he opts to start Lacazette after his heroic cameo.

Villa have their own late drama from which to respond. Dean Smith’s side were coasting against near-neighbours Wolves last Saturday, 2-0 to the good with just ten minutes left on the clock.

Yet in a bizarre finale, the West Midlands outfit conceded three to snatch defeat from the jaws of victory.

Leon Bailey and Bertrand Traore are back to bolster a squad that has been stewing, while Matty Cash has been given the green light to play despite departing with a dead leg just before Wolves launched their extraordinary comeback.

It’s twelfth against thirteenth in North London, kick-off is scheduled for 8pm, and team news is on the way. 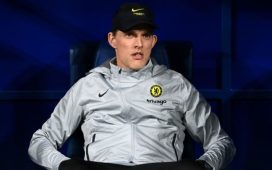