Despite completing impressive deals in the summer transfer window, this season has not gone according to plan for Arsenal.

The Gunners are currently lying in 11th place in the Premier League table after four wins, four defeats and a draw from their first nine matches.

Despite splashing out on Thomas Partey over the summer, Arsenal may need reinforcements if they are to challenge for a Champions League spot.

Goalscoring has been the major issue for Mikel Arteta’s side with only nine goals scored.

And, with the January transfer window a little more than a month from opening, we round up the latest Arsenal rumours.

Paris Saint-Germain have ruled out a potential move for Arsenal target Dominik Szoboszlai, with the Ligue 1 champions unable to afford the much-coveted playmaker.

Szoboszlai has been linked with Arsenal and Tottenham Hotspur after a series of impressive displays for Red Bull Salzburg.

However, PSG assistant manager Zsolt Low has said Les Parisiens will not be in the running for the 20-year-old – whose release clause is reportedly £23million – come January.

“I would be the happiest, I will tell you honestly, if I had the opportunity to get Dominik and we could work together,” Low told Digi Sport via Blikk of his fellow countryman.

“We have a very big financial loss, hundreds of millions, which is why we could already see (in the summer) it wasn’t typical for the club to buy players for tens of millions.”

Arsenal defender William Saliba is expected to join Saint-Etienne on loan when the January transfer window opens, according to French outlet But Football Club.

However, the France Under-20 international is yet to feature under Arteta in the Premier League and was left out of the Spaniard’s Europa League squad.

Saint-Etienne attempted to secure another loan move for Saliba in the summer, and while he does not appear to figure prominently in Arteta’s plans at the moment, the French club are fearful the Arsenal manager will call upon the centre-back during the busy festive period, which would hinder their chances of snapping him up for another temporary spell.

The 15-year-old right-back only moved to United last year after leaving Tottenham but now looks set to return to north London.

“Thanks to God and everyone who has played a part in my journey so far, especially my mum, dad, sister, family, and friends.

“Also a very special thank you to everyone at Arsenal for believing in me. Excited to get started!” 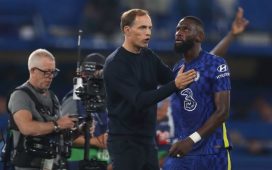 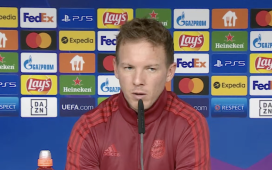