It’s been a difficult few weeks for Arsenal and their manager Mikel Arteta.

The Gunners’ hopes of winning a trophy this season are over after losing in the FA Cup and EFL Cup, while their goalless draw against Burnley on Sunday has seen them drop to sixth in the Premier League.

All hope is not lost, however. Arteta’s side are only two points behind Manchester United in fourth with a game in hand.

They’ve got a great chance of qualifying for the Champions League, an achievement that would launch them back into Europe’s elite.

And a couple of new signings in January could boost Arsenal’s top-four hopes – but who could they sign?

Here, Mirror Football rounds-up the latest transfer rumours from the Emirates – including an update on their search for a new striker.

Who should Arsenal sign in January? Let us know in the comments below!

The striker, 32, hasn’t played for the Gunners since being stripped of the captaincy last month and recently turned down a move to Saudi outfit Al Nassr.

Milan are said to be considering their options after veteran strikers Olivier Giroud and Zlatan Ibrahimovic both picked up injuries.

The Italian giants are reportedly concerned by Aubameyang’s current salary, as he earns around twice as much as Ibrahimovic – their highest earner.

Juventus, Seville, Marseille and Paris Saint-Germain are also believed to be considering a move for the Arsenal ace.

Aubameyang came through the ranks at Milan but never made a first-team appearance.

Speaking in August 2017, the Gabon international admitted he would “love” to return to the San Siro when the Rossoneri were at their peak again.

Milan struggled to a sixth-place finish that season but are now competitive, challenging for the Serie A title this season.

“I’d love to come back, but if they are sleeping, what can I do?” said Aubameyang.

Georginio Wijnaldum has no intention of leaving PSG this month, according to Get French Football News.

The Dutch midfielder, 31, has been linked with both Arsenal and Newcastle after reports suggested he was unhappy with his minutes in the French capital.

PSG are reportedly willing to let the former Liverpool star leave – if he wants to – but he’s determined to complete the season.

And Wijnaldum isn’t the only man to reject Arsenal’s advances this month. Key target Dusan Vlahovic is set to join Juventus instead of the Gunners.

Juventus have agreed a £62.8m fee with Fiorentina for the 21-year-old’s services and personal terms will not be an issue, according to Sky Sports News.

Arsenal are believed to be after Everton striker Dominic Calvert-Lewin
(

Arsenal will try to sign Everton star Dominic Calvert-Lewin in January, according to talkSPORT.

The Gunners have reportedly switched their focus to the England international, 24, after missing out on Vlahovic.

Everton are reluctant to losing Calvert-Lewin this month due to their worrying Premier League position, sitting just four points above the relegation zone.

The striker, who is just returning from a long injury lay-off, has been prolific in recent years – scoring 21 goals in all competitions last season.

Arsenal are also believed to be considering a move for Real Sociedad star Alexander Isak.

The Sweden International, 22, scored 17 La Liga goals in 2020-21 but has managed just four in the same competition this season. 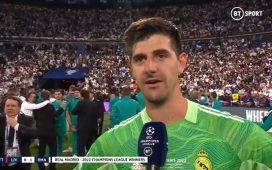 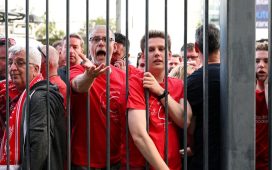 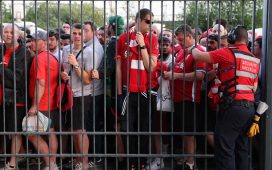