Arsenal news: Why Cardiff can exploit this Emery tactic – Higginbotham


That’s according to ex-Southampton and Stoke midfielder Danny Higginbotham.

They picked up their first points of the season with an unconvincing 3-1 win at home to West Ham on Sunday, following defeats to Chelsea and Man City.

And the former Premier League regular has slammed manager Emery’s new approach at the back, claiming the formation ‘was leaving too much space’.

Talking on Sky Sports News, he said: “West Ham should have won the game, they should have been out of sight by half-time but they missed a lot of chances.

“Arsenal wanted to be on the front foot but West Ham were able to quickly turn defence into attack.”

With full-backs Hector Bellerin and Nacho Monreal often pushing high-up the pitch, the Hammers’ pacy wingers often exploited the empty space in behind the defence.

And Higginbotham believes Emery’s side will struggle to progress this season without finding the right balance at the back.

“The last thing a centre-back wants to have to do is to come outside the width of the 18-yard box,” he said.

“Bellerin is ending up a centre-back. It’s all over the place.”

He added: “It’s ok saying you want to press high but you have to have your back four comfortable and set otherwise you’re going to have problems and teams will take advantage of it.

“You want your centre-backs in that area more often than not – otherwise it makes the recovery runs very difficult.

Arsenal return to action on Sunday when they travel to Cardiff.

And Higginbotham believes the Gunners could run into similar issues against the Bluebirds’ wide men.

“We know Cardiff are a physical team but they do have players with good pace,” he said.

“Murphy is very quick, very direct. If he’s running at the centre back because Bellerin is out of position the team becomes disjointed.

“Against Bournemouth and Huddersfield, when the ball went to the Cardiff wide players it was the full-backs that are facing them up.

“That might not be the situation Arsenal find themselves in. And that could be a problem.”

Cardiff have picked up goalless draws in their last two games against Huddersfield and Newcastle respectively, following their opening 2-0 loss at Bournemouth. 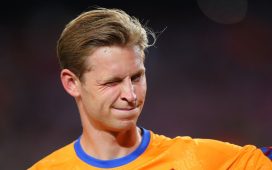 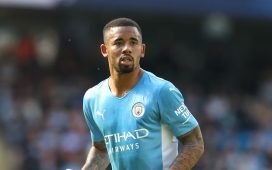