Merson insists Delph could have made the difference in Arsenal’s midfield in Sunday’s north London derby at the Emirates, during which the Gunners had to come back from 2-0 down to draw 2-2.

And former Arsenal midfielder Merson said Delph is a better player than the Gunners’ midfield three from Saturday of Granit Xhaka, Matteo Guendouzi and Lucas Torreira.

Delph also played at left-back at times during his City career, and double title winner Merson said the 29-year-old would also have been a better option than Sead Kolašinac against Tottenham .

“I look at him and wonder why Arsenal didn’t sign him,” Merson said of Delph on Sky Sports’ The Debate.

“He is better than the midfield three that played against Tottenham.

“He could have played at left back instead of Kolasinac on Sunday.

“I am a big fan of Delph. He can play in certain positions and is an excellent signing for Everton.”

Despite Merson being unimpressed with the Gunners’ midfield, another former Arsenal midfielder, Robert Pires, described Guendouzi as “fantastic” .

READ  England v New Zealand: All you need to know about the Test series

“Matteo is a warrior,” Pires told The Athletic . “He had a fantastic match.

“He’s a combative player and what I like about him is that he is consistent with that. He does his job, patrolling defensive midfield, winning the ball, tackling well, and then playing the ball quickly and simply.

“That’s why he is an important player for Unai and for Arsenal. I liked the reaction of the team to going 2-0 down, the manner of the response.” 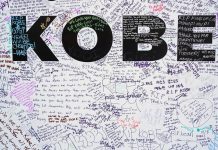