Arsenal will resume their Europa League campaign on Thursday night, welcoming Irish opposition to the Emirates. The north Londoners’ second European match of the season will see them lock horns with League of Ireland champions Dundalk.

The Gunners will enter the match looking to bounce back from a disappointing 1-0 defeat to Leicester City last weekend.

Arsenal currently occupy second place in Group B, with their latest opponents sitting in third spot.

Mikel Arteta won’t be able to call on the services of all his players for Thursday’s match due to a mounting injury list, which grew larger on Sunday when David Luiz and Bukayo Saka picked up injuries against Leicester.

Luiz and Saka’s withdrawals from the Leicester match have only served to increase Arteta’s injury headache, the full details of which you can find below.

JUST IN: What channel is Arsenal vs Dundalk on? TV, live stream, kick-off time

The Brazilian missed the defeat to the Foxes with a calf strain but has returned to full training this week, meaning he’ll likely be in contention to play some part in Thursday’s match.

The Spanish centre-back is still on the sidelines with the ankle injury he suffered against Manchester City in June. He has, however, returned to light training and is currently undergoing a strengthening programme.

The defender will be out for the next three weeks after injuring his hamstring in the warm-up for the Gunners’ defeat to City earlier this month.

The centre-back is still recovering from the serious knee injury he suffered last December.

Chambers’ recovery, however, has gone quicker than expected – with the former Fulham loanee recently returning to full training. It may not be too long before the 25-year-old is available for first-team selection.

The Gunners received a welcome boost regarding the striker’s knee injury last week when he returned to light training.

“I’m feeling very well, I’m regaining confidence and I can feel my knee is better,” Martinelli recently told the Arsenal’s official website. “After an injury like this you are kind of scared to force the knee again but the past couple of weeks it has been fine and soon I can start training with the ball.” 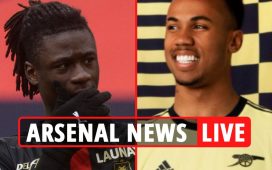 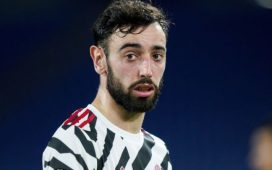 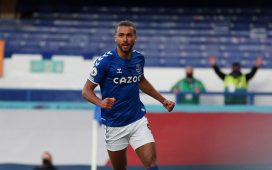