Mikel Arteta will need to overhaul his attacking options in the coming months with the likes of Alexandre Lacazette set to leave the club.

The Frenchman has featured just four times for the Gunners this season in all competitions and is out of contract at the end of the season.

Arteta has made it clear he will not be allowed to leave in January and Football.London claim he will depart next year on a free transfer.

Eddie Nketiah is also set to call time on his Emirates career having failed to so far agree a new deal.

The report claims technical director Edu is already looking at options to find a forward to lead the line next term and Everton’s Calvert-Lewin is the standout candidate.

The 24-year-old has become a key player for the Toffees since signing in 2016 and last season bagged 16 league goals.

He’s also established himself within Gareth Southgate’s England squad and with Pierre-Emerick Aubameyang turning 33 next year, Calvert-Lewin would be the ideal forward to take on the mantle.

Calvert-Lewin is under contract until 2025 though meaning Arsenal would have to come to the table with a sizeable fee in order for Everton to consider selling.

Despite rumours of Arsenal’s interest in the talented forward, former Leeds defender Danny Mills has urged him to stay at Goodison Park.

‘Long term, Everton have got obviously got a lot of money. They’re very well-backed financially. They’re possibly moving into a new stadium, sooner rather than later.

‘I think Dominic Calvert-Lewin will thrive once he’s back fit. He’s been injured, don’t forget, he’s had this broken toe issue that’s obviously kept him out.

‘I think he will thrive under Rafa Benitez, and I think he will get even better. If he goes to Arsenal, I’m not sure. What’s going to happen at Arsenal?’ 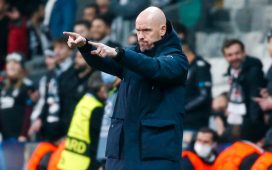 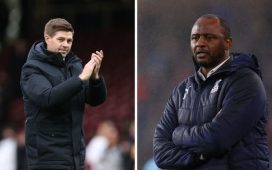 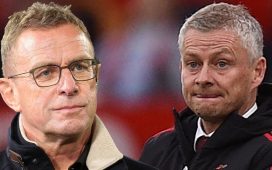