Club captain Aubameyang has now scored 19 goals this season and 60 in 95 matches for the Gunners since joining from Borussia Dortmund in January 2018.

The 30-year-old, whose contract expires in the summer of 2021, has been linked with a move away from the club after it was reported he wants to play Champions League football next season.

After 27 matches this season Arsenal are currently ninth in the Premier League table with 37 points – seven points behind fourth-placed Chelsea.

Arteta, who was appointed Arsenal head coach in December, admits that he “had questions” regarding the Gabon international’s commitment. However, the Spaniard has praised the skipper for his performances and goal record.

“Before I took over I had my questions about him but he has shown his commitment,” said Arteta. “I wanted him to show if he wanted to do it and do it physically.

“I’m so happy with him. He is scoring important goals and as a captain he is giving a great example to everyone else with the way he is working defensively.”

The right place to be

Aubameyang’s supreme finishing has seen the striker linked with a move to Spanish giants Barcelona.

Metro reported earlier this month that the reigning La Liga champions tried to sign him in January and confirmed that they remain interested in a future deal.

Arteta is not surprised by the interest in Aubameyang, but the Arsenal boss hopes he can convince the in-form forward to stay at the Emirates for the long term.

“They are completely right to want him because he is a superb player,” added Arteta. “It’s right that big teams like him. Hopefully we can convince him this is the right place to be.

“I think it’s been tough for him because he has big expectations. He wants to play in the biggest competitions and with the best players. We have to help him do that. He needs to feel fulfilled.

“He is our most important player, no doubt the impact he has in this team. We will have to convince him to stay with us.”

Dillian Whyte v Alexander Povetkin called off because of coronavirus

Football quiz: what are the missing words in the commentary? 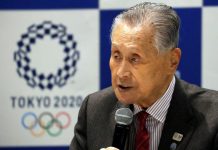 Why everyone’s talking about Jack Grealish