At times you had to watch this through your fingers.

If Arsenal really are in a fortnight that will shape their season then this demolition of shambolic Leeds was quite the way to start.

Benfica in the Europa League, either side of the Premier League visit of Manchester City, followed by Leicester will represent a huge step up in class for Mikel Arteta’s men compared to what we saw here.

To call it a St Valentine’s Day massacre is too glib and doesn’t provide the full picture. Marcelo Bielsa’s side turned the guns on themselves with a series of mistakes that saw them gone in 45 first-half minutes.

Pierre-Emerick Aubameyang, who – by his imperious standards – has struggled for goals this season – filled his boots to clinch the match ball before some TV viewers had even come back from their half-time cup of tea.

By then the Leeds keeper, Illan Meslier, had gift-wrapped the points for the Gunners.

It is hard to hammer the boy too much given he is just 20, he will learn from his mistakes and Bielsa retains a lot of faith in him.

But this would have been so much closer were it not for Meslier’s performance.

His goal kick for the first, after just 13 minutes, was weak and landed at the feet of Hector Bellerin. The Arsenal right-back began a move which ended with Aubameyang cutting in from the left and rifling the ball in at Meslier’s near post.

Then, 12 minutes to turn the game before the break. First Leeds were lucky to have a penalty shout overturned.

Defender and captain Liam Cooper leaned into the excellent Bukayo Saka as the youngster homed in on goal.

Enter Meslier. The Leeds keeper shaped as if to pass the ball from his box to Cooper, only to change his mind.

Saka robbed him and Meslier brought him down. Penalty.

Aubemayang made it 200 goals in Europe’s top five leagues on the way to his first hat-trick in the Premier League for Arsenal.

To be fair, their third goal – on the stroke of half time – was a cracker.

Saka, Aubameyang, Martin Odegaard and Dani Ceballos combined for Bellerin to power the ball home at Meslier’s near post.

Bielsa sent on substitutes Tyler Roberts and Header Costa for the second half. But, just two minutes later, Costa was caught in possession for the goal that made it 4-0.

Cedric Soares picked his pocket, Emile Smith-Rowe curled the ball goal ward and Aubameyang nodded it in at the back post.

That looked pretty much that – except Arsenal know how to shoot themselves in the foot too.

David Luiz went to sleep at a corner to allow Pascal Strujik to head in with just over half an hour left. Then Costa stabbed the ball home from inside the box with 21 minutes left after being set up by Roberts.

Truth be told, however, it could have been worse for Leeds. Much worse. Aubameyang hit the crossbar with a 75th-minute, first time effort.

Saka then survived an offside shout to curl the ball past Meslier – only to hit the post. Leeds have now lost their last seven Premier League games in London.

After two defeats in their previous three, however, Arsenal are back in business. Particularly Aubameyang. 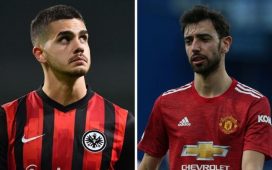 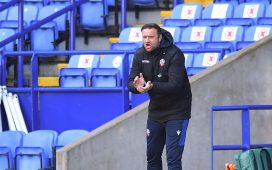 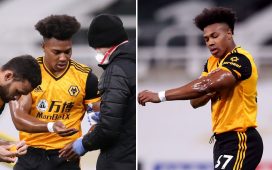 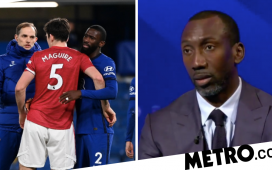 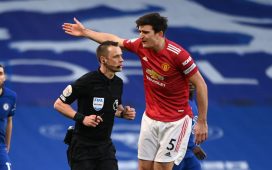