The head of the Armed Forces, General Sir Patrick Sanders will give a speech expected to pile pressure on Boris Johnson to reverse plans to cut British troop numbers

The UK must be prepared to “fight and win” in the face of Russian aggression, the country’s army chief will say.

Head of the Armed Forces, General Sir Patrick Sanders, is expected to make the comments when he gives his first public speech today.

The Chief of the General Staff will draw parallels between now and key moments leading to the breakout of the Second World War when he says Britain is facing its “1937 moment” and must be on high alert to “act rapidly” to keep expansionism from Russia in check.

NATO vowed last night to boost its rapid reaction force numbers from the current 40,000 to more than 300,000.

The announcement came as Boris Johnson and other NATO leaders prepare to descend on Madrid for a crunch summit today.

The Telegraph reports that Sir Patrick will say deterring Russia will require “more of the Army ready more of the time” from “the general … to the young lance corporal in the barrack room, from the reservist on a weekend exercise, to the civil servant in Army headquarters”.

His stark words could increase pressure on Prime Minister Boris Johnson to scrap his plans to cut troop number in the Armed Forces.

Sir Patrick is expected to say: “This is our 1937 moment. We are not at war – but must act rapidly so that we aren’t drawn into one through a failure to contain territorial expansion.

“I will do everything in my power to ensure that the British Army plays its part in averting war.”

He told Sky News: “We don’t want to see an escalation into a wider conflict. I think Russia would be literally insane to attempt to do that because Nato is a far larger and a far stronger bloc.

“We have seen the Russians have been unable to make significant progress in Ukraine where they tried to take Kyiv and they were unable to do so.

Under existing plans, the army will reduce in size from its troop number target of 82,000 to 72,500 by 2025. Its fleet of main battle tanks will also shrink from 227 to 148, although the remaining vehicles will receive an upgrade.

Mr Wallace is expected to echo Sir Patrick’s sentiments and say that “governments must be prepared to invest to keep us safe”.

In March, the Defence Secretary wrote to Chancellor Rishi Sunak ahead of his spring statement warning UK defence spending was set to drop below the Nato minimum of 2% of GDP by the middle of the decade unless the Treasury committed more resources.

NATO puts over 300,000 troops on high alert after Putin’s brutal invasion of Ukraine 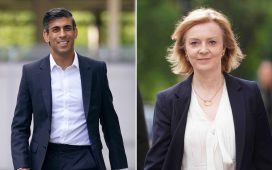 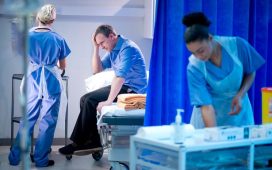 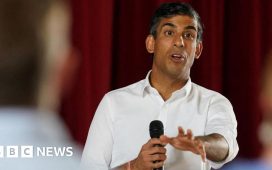 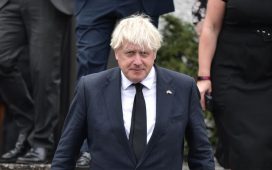 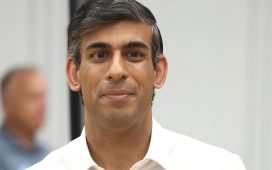 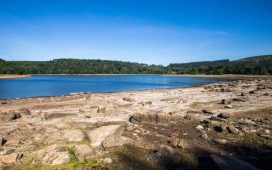