Armed forces to support Covid testing in schools in England


Members of the armed forces will be deployed to support coronavirus testing operations for thousands of school and college students in England, the government has announced.

The Ministry of Defence said 1,500 military personnel would ensure testing systems were implemented by next Monday, when pupils are due to begin a staggered return for the new term.

It said the majority of the personnel would form local response teams, providing support and phone advice to institutions needing guidance on the set up testing facilities.

Students will swab themselves in the vast majority of cases, under the supervision of a school staff member or volunteer trained for the role, while teachers are not expected to take a role in the testing process.

The decision follows successful testing pilots conducted in schools in November and December.

The education secretary, Gavin Williamson, said: “It is a true cross-government effort to make sure secondary schools and colleges have the support, guidance, materials and funding they need to offer rapid testing to their staff and students from the start of term.

“I am grateful to the armed forces personnel, and all the school and college staff, leaders and volunteers working to put testing in place.”

Any students who have been in contact with a positive case will be offered seven days of daily testing while teachers can have weekly Covid tests.

However, at the end of the autumn term teaching unions described the testing scheme as “inoperable” and “undeliverable” and advised staff to refuse to work on the scheme over the Christmas break. A joint statement from all four major education unions, school governors and the Church of England, which runs about a quarter of the nation’s schools, accused the government of making a “chaotic and rushed” announcement on the final day of term.

Year 11 and year 13 pupils who are preparing for their GCSE and A-levels are to be allowed to return to school next Monday along with those taking vocational qualifications that week, the children of key workers and vulnerable youngsters. Most secondary students will not be back in the classroom until 11 January and will be taught remotely.

However, a split has emerged between ministers over whether the plans should go ahead after the government’s scientific advisers urged a delay to the start of the new term amid a surge in cases. The Department for Education has said the return to schools is being kept “under review”.

Williamson is understood to be mounting a “rearguard action” against what one source described as “senior colleagues” who have been alarmed by advice that reopening schools will make it impossible to keep the R number below one.

Williamson is expected to meet Downing Street officials to consider whether schools in tier 4 areas should remain closed until February. 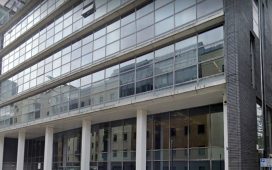 UK university staff: tell us about your experiences during coronavirus 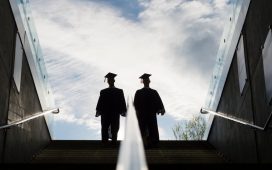