Argentina on brink of historic vote to legalise abortion


Argentina is on the verge of making history as the first major Latin American country to legalise abortion.

Its 72-member senate will convene on Tuesday to debate a bill that was approved by the lower house earlier this month to the delight of pro-choice activists.

Pro-choice and anti-abortion campaigners will gather in the plaza near Buenos Aires’s congress building on Tuesday afternoon and remain there until the early hours of Wednesday when a vote is expected.

Projections in Argentinian media suggest the “green” camp pushing for change holds a slender advantage over its “blue” opponents: 33 senators reportedly plan to back the legislation while 32 will vote against it. Five senators are officially undecided.

Mariela Belski, Amnesty International’s executive director in Argentina, said she was confident the “voluntary interruption of pregnancy” bill would be approved, sending a loud message to a region with some of the world’s most restrictive abortion laws. “The numbers look very good,” she said.

Belski said she felt overjoyed and excited about what would be the culmination of a decades-long struggle by women’s rights activists.

Claudia Piñeiro, a writer and pro-choice activist, said: “This will be a transcendental and unforgettable moment, something we’ve been waiting for at the end of a very hard year for everybody.

“I only hope the senate realises that there is no turning back now. The women’s movement will not allow them to decide any longer about our bodies, about our health, or continue to oblige us to resort to clandestine abortions.

“We still have to endure their senseless arguments that we need to have children to populate the nation, as if we were nothing more than reproduction machines, nothing more than a uterus. This is going to change tomorrow. I have no doubt about it.”

A previous attempt to legalise abortion was voted down by Argentina’s senate in August 2018, with many blaming the then president Mauricio Macri’s failure to support the change.

This time, however, the country’s leftwing leader, Alberto Fernández, and his vice-president, Cristina Fernández de Kirchner, have championed the legislation and reportedly been battling to convince senators to back the bill.

The political analyst Andrés Malamud said two key things had changed since the 2018 vote. “One is that the government now has a majority in the senate,” he said. “And the second most important thing is that Argentina’s current president Alberto Fernández is behind the bill, because legal abortion was an electoral promise.”

While activists are optimistic, Malamud said it would be impossible to predict the result until the last minute.

“Although the government holds the majority vote, some of its senators will probably vote against the bill. The outcome will then depend on the pro-abortion minority within the opposition’s bloc, who are delaying announcing how they’ll vote just to deny the government the political success of passing abortion for as long as possible.” 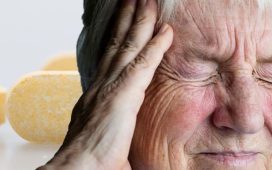 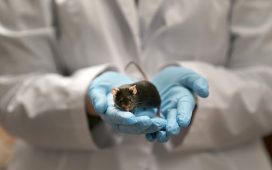 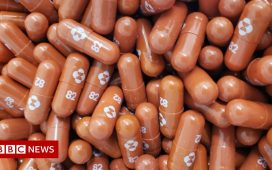