An impressive win at Old Trafford, a defeat for Chelsea and, on paper at least, a favourable run-in. Things are looking good for Liverpool right now in the chase for a top-four finish.

Liverpool’s remaining fixtures see them face three sides with nothing to play for. They are away to already relegated West Brom on Sunday before travelling to Burnley on 19 May and then hosting Crystal Palace in their final game on 23 May.

With Chelsea and Leicester – two sides currently above the Reds – both yet to play each other, are Jurgen Klopp’s side now in pole position to clinch a Champions League spot?

‘We have to win all our games’ 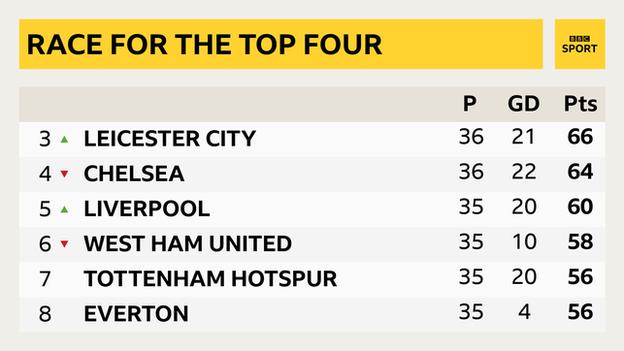 It sounds simple to win against three sides with their minds more likely on their summer break after a long and intense season, but Klopp knows that is easier said than done.

“We have really tough games coming up,” he said.

“West Brom will be completely free of pressure, which can do strange things, Burnley with supporters is a tough one and we will see what we have to do against Crystal Palace.

“We have to win all the games. That’s why the draws we have had against Newcastle and Leeds felt like defeats. Being in a position where you have it in your own hands to qualify for the Champions League is a big thing. Two or three years ago that was our life.”

‘More twists and turns to come’

Former England winger Chris Waddle was at Old Trafford on Thursday for BBC Radio 5 Live and he believes beating Manchester United makes Liverpool favourites to finish in the top four.

“This will give them so much confidence going into the three games and they will think they can win them,” he said.

“I will be very surprised if they don’t. With the quality they have on the field and the bench they have enough to win those three games.”

Former Liverpool midfielder Don Hutchison said the fixture between Chelsea, who are fourth, and third-placed Leicester on 18 May will be key.

“I think Liverpool will be looking at Chelsea’s and Leicester’s next two fixtures,” he told BBC Radio 5 Live.

“Leicester’s next two are Chelsea and Spurs and they are difficult fixtures. I think there will be more twists and turns to come.”

How does Liverpool’s form compare to the other sides in the hunt? 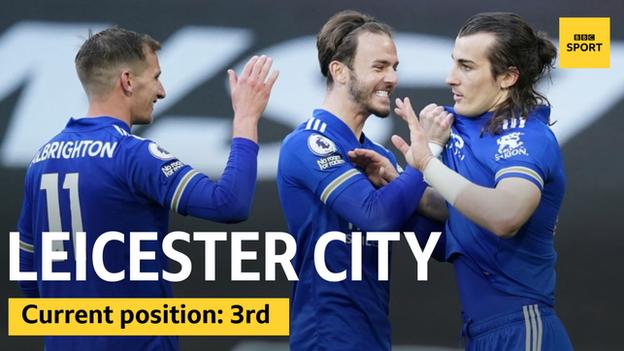 Leicester’s 2-1 win at Manchester United on Tuesday leaves the Foxes in a great position to qualify for the Champions League for only the second time after they reached the quarter-finals in 2016-17 following their shock Premier League title the previous campaign.

The Foxes spent most of last season in the top four before agonisingly dropping out with two games to go and they need a maximum of four points from their last two matches to ensure history does not repeat itself.

Brendan Rodgers’ side also have an FA Cup final against Chelsea to focus on and it could be a double celebration at the King Power Stadium this year. 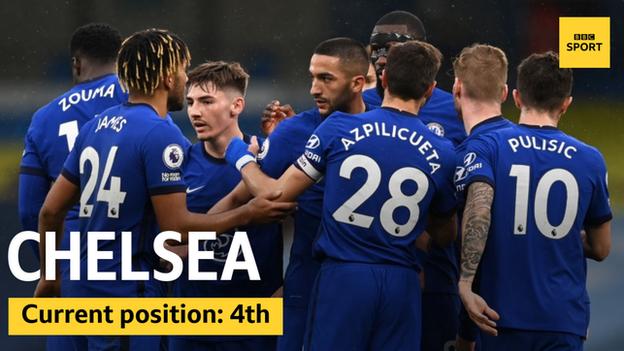 Chelsea are in excellent shape to claim a place in next season’s Champions League, with two routes still available to them: a place in the top four or beating Manchester City in the final to win this season’s competition.

That this is the case is down to their improvement and magnificent form since Thomas Tuchel succeeded Frank Lampard, who was sacked in January with the Blues ninth in the table.

Since then, they have won 10 of 17 league games, although Wednesday’s home defeat to Arsenal will give hope to West Ham and Liverpool that they could yet sneak into the top four. 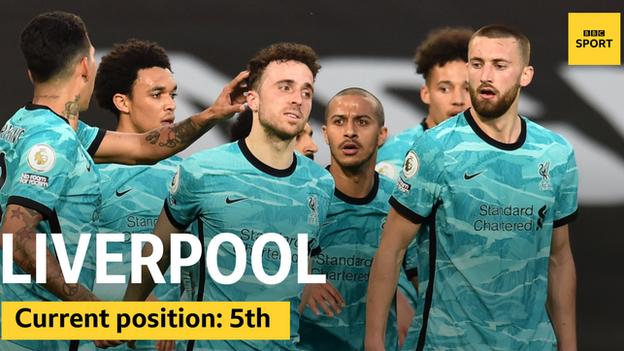 Liverpool have followed up their finest Premier League season with something of a horror show by their own high standards.

They’ve not been helped out by injuries, especially in defence, with lynchpin Virgil van Dijk and his regular partner Joe Gomez missing for much of the campaign.

They have a four-point gap to make up if they are to stand a chance of the top four, but there are elements in their favour.

Their form has picked up of late – they are unbeaten in eight league games – they have a game in hand on many of their rivals and their remaining fixtures are favourable. 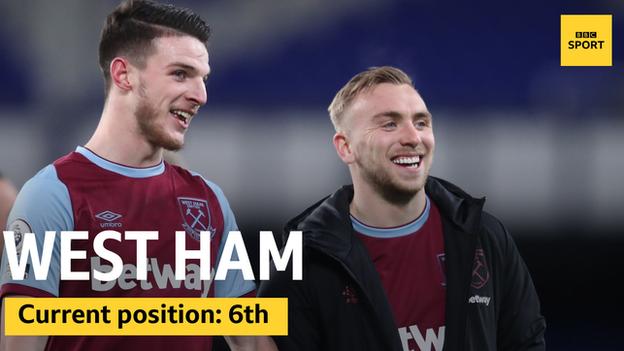 The surprise package of the top-four race. Having finished 16th last season, few people imagined West Ham had it in them to push for a Champions League spot. But push they have.

However, they may well be running out of steam at the worst possible time, with Sunday’s home loss to Everton – coming soon after defeats by Newcastle and Chelsea – a huge blow to their hopes.

They do have favourable fixtures – certainly more so than Leicester – and influential midfielder Declan Rice reportedly on the verge of returning.

But it is now starting to look like the Europa League is a more realistic target, which would represent huge progression. 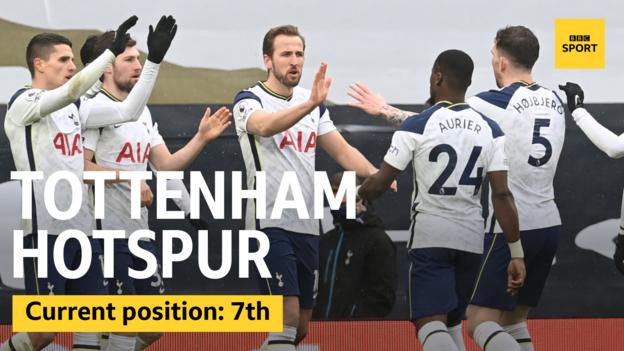 Now we get to the real outsiders.

Tottenham’s defeat at Leeds on Saturday was a hammer blow to their top-four hopes, leaving Ryan Mason’s side needing to win their last three matches and then hope the sides above them drop points.

Their only saving grace is that they have a relative clean bill of health in the squad and face the Foxes on the final day. Their race is likely to be run by then, though.

Champions League runners-up two seasons ago, Spurs may end up back in the Europa League or Uefa’s new third-tier tournament the Conference League, or miss out on European football altogether.

If that final option happened, next season would be the first campaign without continental football for Tottenham since 2009-10. 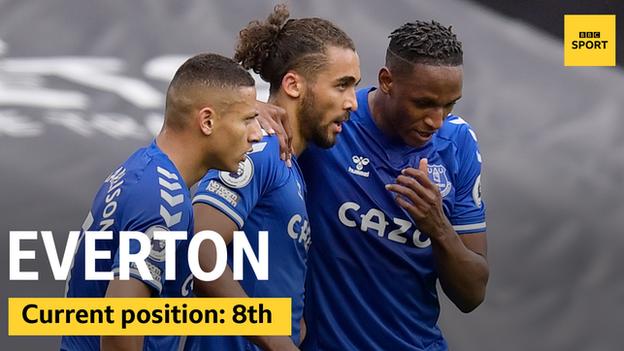 Just when we all thought they were absolutely out of it, they drag themselves back in.

A defeat at West Ham would have been the end of Everton’s top-four hopes, but Dominic Calvert-Lewin’s winner kept them clinging on by their fingernails.

However, a draw at Aston Villa means they are now likely to need to win all of their remaining matches.