A Stone-Age construction boom formed the ‘last hurrah’ of Neolithic builders in southern England before the arrival of European settlers in around 2500 BC.

One ancient ‘mega henge’ in Dorset was the product of frantic building activity — having been constructed in less than 125 years — a study has concluded.

British researchers applied cutting-edge dating techniques to samples taken from the Mount Pleasant structure, located near Dorchester, back in the early Seventies.

Mount Pleasant is one of five known mega henges in southern England from this time — the others being Marden, Durrington Walls, Avebury and Knowlton.

Stonehenge was also erected during the same period. Experts believe that henges were sites for ceremonies and feasts, to which people travelled long distances. 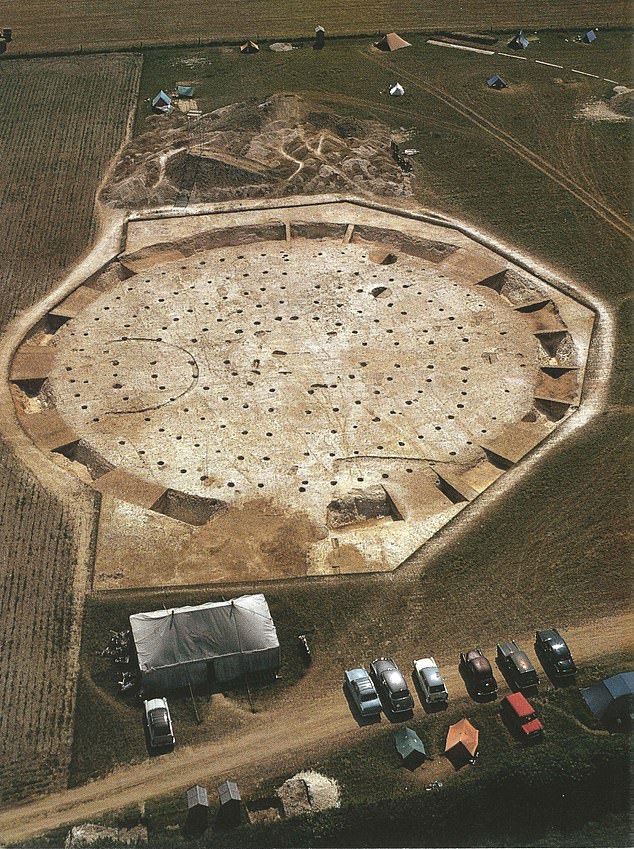 An ancient ‘mega henge’ in Dorset was the product of frantic building activity — having been constructed in less than 125 years — a study has concluded. Pictured, an aerial view the Mount Pleasant site during its excavation back in the early seventies

‘The picture that is emerging is that an explosion in building activity was behind these large and labour-intensive monuments being constructed across southern England, and perhaps also further afield.’

‘The building of Mount Pleasant would have involved a huge number of people – digging out the enormous ditches with simple tools like antler picks.’

‘Although the construction of the various parts took place in several phases, with successive generations working on its construction, all the work was concentrated within just over a century.’

In their study, Ms Greaney and colleagues radiocarbon dated samples taken from antler picks, pieces of charcoal and human bones that had been excavated from the Mount Pleasant site back in 1970.

The team then used a special statistical technique — one known as ‘Bayesian analysis’ — to combine these dates with information on the material of each sample, along with the context and layer in which it was found.

From this, the researchers were able to refine their dating estimates and reconstruct the sequence of the mega henge’s construction.

The analysis revealed that all of the site’s elements — from the huge fenced enclosure to the concentric timber and stone monument — were constructed in a span of less than 125 years, far less than had previously been thought.

It would appear that the mega henge was completed only around 150 years or so before the arrival of new people from continental Europe — who brought with them the first metals, different styles of pottery and new ideas and religious beliefs. 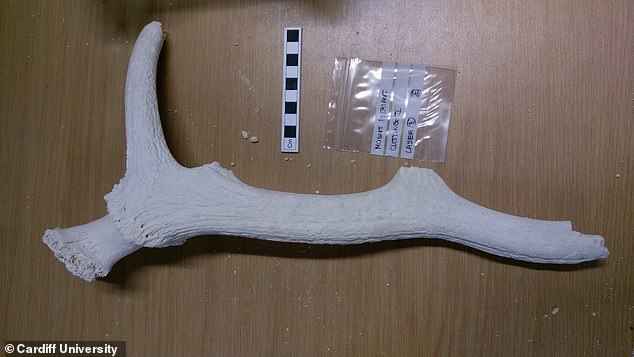 In their study, Ms Greaney and colleagues radiocarbon dated samples taken from antler picks — including the one pictured, which would have been used to dig out the henge’s ditches — pieces of charcoal and human bones been excavated from the Mount Pleasant site in 1970

‘What’s still not clear is why these monuments were built in the first place. Were people building these monuments as a “last hurrah” because they could see change coming?’ Ms Greaney pondered.

‘Or did the effort and labour of building these monuments lead to a rebellion, a collapse in belief in the leaders or the religion, that created a vacuum in which new people could come in from the continent?

READ  Total number of aliens? You couldn't make it up… | David Mitchell

‘Part of the central stone monument at Mount Pleasant appears to have been broken up at this time – was it destroyed during a time of unrest?’ 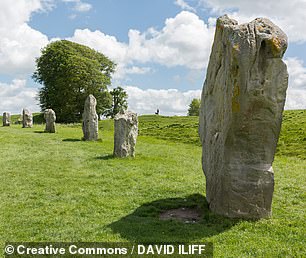 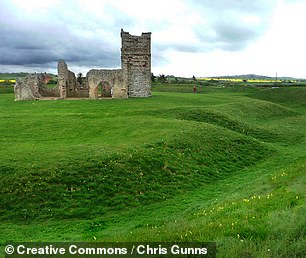 Mount Pleasant is one of five known mega henges in southern England from this time — the others being Avebury (pictured left), Durrington Walls, Knowlton (right) and Marden

‘Even though the site was excavated in 1970/1971, it has still been possible to go back to the archive and apply new scientific techniques to old material.

‘As archaeological practices evolve, the value of these museum collections and the importance of their long-term preservation cannot be under-estimated.’

The full findings of the study were published in the journal Proceedings of the Prehistoric Society. 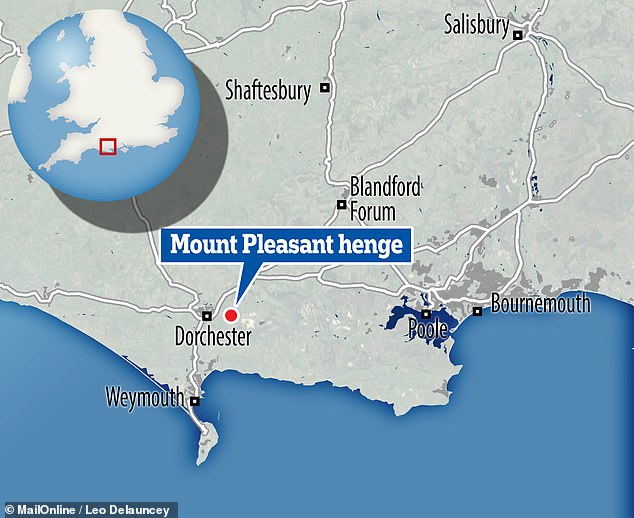 British researchers applied cutting-edge dating techniques to samples taken from the Mount Pleasant structure, located near Dorchester, back in the early seventies

According to a recent study, modern-day Britons are barely related to the ingenious Neolithic farmers who built Stone Henge 5,000 years ago.

Instead the British are related to the ‘Beaker people’ who travelled from modern-day Holland and all but wiped out Stonehenge’s creators.

The findings are ‘absolutely sort of mind-blowing,’ said archaeologist Barry Cunliffe, a professor emeritus at the University of Oxford.

‘They are going to upset people, but that is part of the excitement of it.’

Many experts believed it was just Beaker pottery-making and culture which was exported to Britain between 4,400 and 4,700 years ago – not the people themselves.

But the new evidence comes from DNA analysis of 400 prehistoric skeletons, some from after Stonehenge and others born before it was created.

The genes of these ancient people provide enough clues to determine that Beakers travelled here from Holland and took over in a few centuries.

They replaced 90 per cent of the Neolithic farmers who built the monument and had lived here for 1,500 years.

The creators of Stonehenge appeared Mediterranean, with olive-hued skin, dark hair and eyes.

But the Beaker people were more like white modern British people, with fair skin, lighter hair and eyes.

The Beaker people may have killed off the ancient engineers behind Stonehenge by bringing the bubonic plague to Britain.

Dr Mike Parker Pearson, co-author of the study and professor of British later prehistory at University College London, said: ‘Most of us have thought the people who built Stonehenge were our direct ancestors, but actually this study shows that they are only distantly related to us, if at all.

‘We now realise these people had totally disappeared from the British population within 1,000 years.’