Philip Green’s Arcadia fashion empire has become the highest-profile retail victim of the pandemic, falling into administration and putting more than 13,000 jobs at risk.

In a brief statement, the owner of brands including Topshop, Burton, Evans and Wallis said that Deloitte would be put in charge of a “trading administration” that leaves the existing management team in charge of day-to-day operations.

Stores will remain open, or reopen on Tuesday in the case of stores in England, and no immediate redundancies will be made.

Arcadia’s group chief executive Ian Grabiner, who has known Sir Philip since the 1980s and has run the group for more than a decade, described it as “an incredibly sad day for all of our colleagues as well as our suppliers and our many other stakeholders”.

“The impact of the Covid-19 pandemic including the forced closure of our stores for prolonged periods has severely impacted on trading across all of our brands,” he added.

He said the group had hoped it would be able to “ride out the pandemic and come out fighting on the other side” but that, ultimately, “the obstacles we encountered were far too severe”.

Matt Smith, administrator at Deloitte, said the firm would be assessing all options available for the future. “We will be rapidly seeking expressions of interest and expect to identify one or more buyers to ensure the future success of the businesses”.

Mike Ashley, the chief executive of Frasers Group, has already expressed interest in participating in any sale process. Over the weekend, he offered to lend Arcadia £50m to stave off insolvency but the offer was rejected.

Boohoo, the online fast-fashion group run by Mahmud Kamani, another longtime acquaintance of Sir Philip, is also thought to be a likely bidder.

Arcadia had already been in a difficult financial condition prior to the pandemic, having lost market share to rivals such as Primark, Next and H&M, and has been too slow to invest in ecommerce. 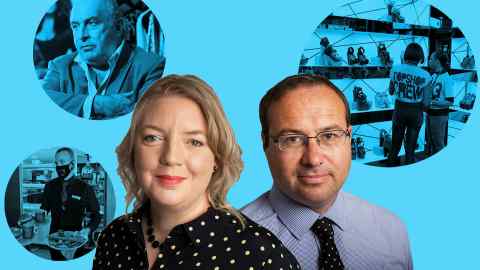 Its share of the UK clothing and footwear market has shrunk by a third over the past decade, according to Euromonitor.

Its landlords agreed last year to rent cuts to give it financial breathing space to restructure. Arcadia said at the time that it expected underlying profits to recover to £80m in the year to September 2020, but the pandemic has piled pressure on retailers that still depend on physical stores for most of their sales.

All the company’s stores were forced to close during the UK’s national lockdown from late March to mid-June and its heavy presence in regional shopping malls and city centres, where footfall was slow to return after the lockdown ended, hindered its recovery. Subsequent regional lockdowns came into force just as it was entering its peak trading season.

The “light touch” administration model was used by Debenhams, which may become the next high-profile retail collapse if a rescue deal is not agreed in the coming days. Arcadia brands are also the leading concession-holders in Debenhams’ 124 UK stores.

‘We’ve had customers try to fight us’: life as an Australian retail worker today