While Apple has touted the Apple Watch’s heart-monitoring feature, experts say it may be sending users to the doctor unnecessarily.

A new study finds that only about 10 percent of Apple Watch owners who went to a doctor after being alerted of an abnormal heart rate were diagnosed with a condition.

The watches may also lead people to ignore legitimate symptoms, like dizziness or shortness of breath, because they haven’t received an alert. 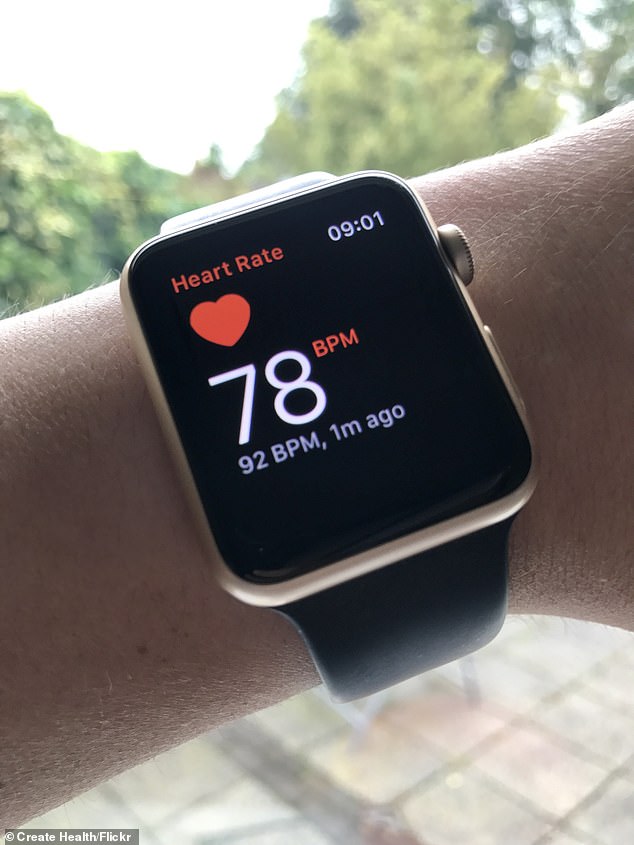 Since the introduction of the Apple Watch Series 4 in 2018, the popular wearable has allowed users to perform an electrocardiogram and receive alerts if their heart rate is abnormal

In a study published in the Journal of the American Medical Informatics Association, researchers at the Mayo Clinic analyzed patient records for mentions of the term ‘Apple Watch’ between December 2018 and April 2019.

They found 264 patients said their Apple Watches alerted them to an abnormal heart rhythm.

Half of them already had a history of heart trouble, and roughly two-thirds reported symptoms like chest pain, shortness of breath or dizziness.

But only 30 patients went home with a diagnosis of a cardiovascular event from their healthcare provider. 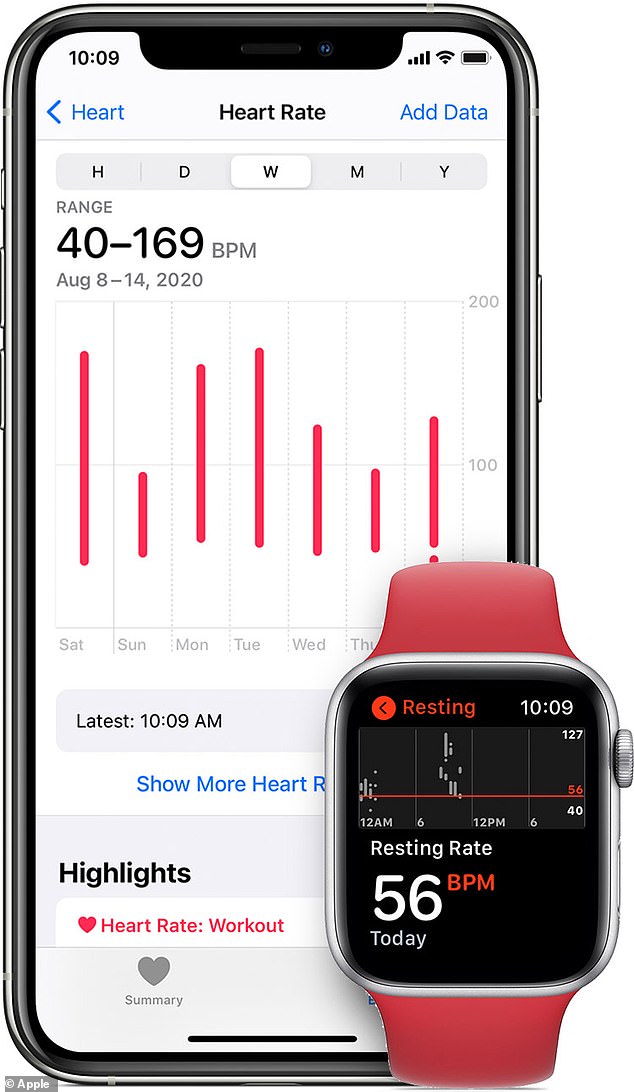 The FDA approved the Apple Watch 4’s ECG feature to alert users of an atrial fibrillation, an irregular heart rate that can be a precursor to a so-called ‘silent’ stroke. 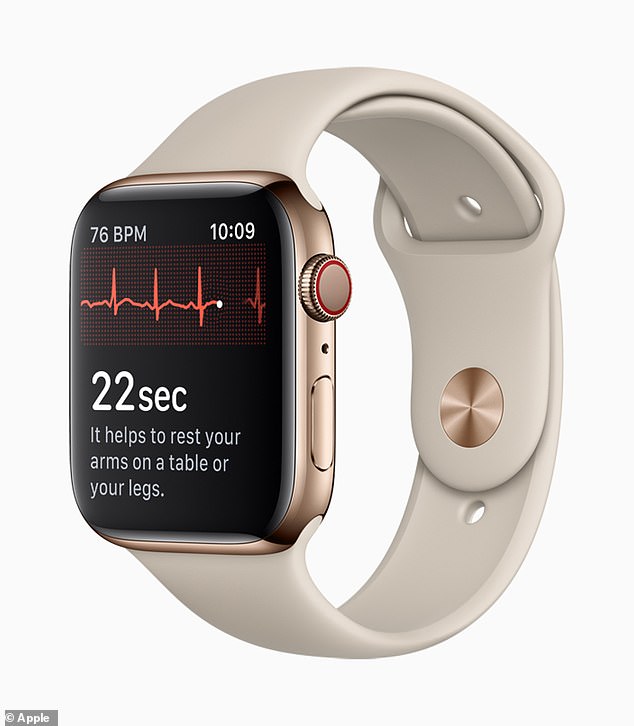 In a recent study, only 10 percent of people who sought care after receiving an alert were diagnosed with a cardiovascular event. Experts say false positives can clog the healthcare system and cause unneeded stress and anxiety in wearers

‘Understanding context and the nuances of illness is important and at this point cannot be fully understood purely by a wearable medical device,’ study author Heather Heaton, a professor of emergency medicine at the Mayo Clinic College of Medicine told The Verge.

Apple Watches have always had a heart monitor, but the Series 4, which hit stores in September 2018, lets users perform an electrocardiogram to measure the electrical activity of their heart.

The FDA approved the watch’s ECG feature to detect atrial fibrillation, an irregular heart rate that can be a precursor to a so-called ‘silent’ stroke, and alert the wearer.

Apple COO Jeff Williams praised the Series 4 as ‘an intelligent guardian for your health.’

But the FDA stipulated that the ECG feature shouldn’t be used to diagnose a heart condition or ‘replace traditional methods of diagnosis or treatment.’

Patients already diagnosed with atrial fibrillation aren’t supposed to use the alerts, but more than 20 percent of the cases the Mayo Clinic team looked at had a history of Afib.

It’s also not recommended for anyone under 22, but the report found two dozen people flagged in the report were younger than that. 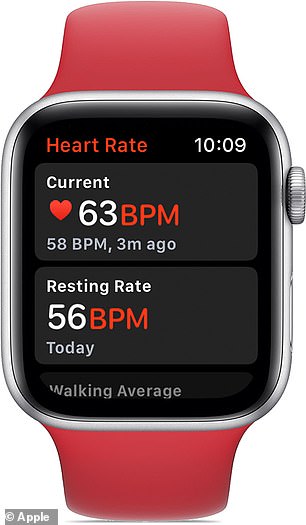 Patients already diagnosed with atrial fibrillation aren’t supposed to use the alerts, but more than 20 percent of the cases the Mayo Clinic team looked at had a history of Afib

Consumers often don’t understand the watch’s sensors are much less sophisticated than the ECG you’d get in a doctor’s office, which typically gathers data from a dozen areas of your heart.

There’s also the question of what to do with all the information, which Apple says can be sent to your doctor.

‘Who is going to be analyzing that data, and is there going to be proper follow-up?’ Shephal Doshi, director of cardiac electrophysiology at Providence Saint John’s Health Center, told Self magazine.

Doshi said a lot of results are just ‘noise’ and it can be hard for even trained clinicians to determine what’s relevant.

‘There are some patients who start sending you EKGs every 30 minutes, which can become a challenge.’

A 2019 report in the New England Journal of Medicine found less than one percent of Apple Watch wearers got an alert.

But in just the last few months of 2018, the Apple Watch 4 sold over nine million units – more than every other smartwatch on the market that year.

That means hundreds of thousands of alerts could be going out.

On the flip side, users may ignore cardiac symptoms that didn’t come in conjunction with an alert from their watch.

Features like the Apple Watch’s ECG tool ‘blur the line between rigorously-studied medical devices and wellness tools,’ co-author Kirk Wyatt, a pediatrics professor at Mayo Clinic, told The Verge. ‘It is hard for a user to ignore an alert that they could have a serious medical condition.’

The newest iteration of the popular wearable, Apple Watch Series 6, was unveiled in September.

Apple claims it can read a wearer’s blood oxygen levels in just 15 seconds, by measuring the color of blood flowing through the body.

The tech giant has raised the idea that the blood-oxygen monitor, in conjunction with the heart-rate feature, could detect early signs of COVID-19.

It’s not clear how the new Mayo Clinic study would impact that goal.

The rapid evolution of technology continues to encourage non-experts to act as their own clinicians: A recent survey found almost half of 16 to 24-years-olds buy medicine after just Googling their symptoms.

A study commissioned by Lenstore found 45 percent of Gen-Zers in the UK diagnosed themselves and bought over-the-counter remedies using information they found on the Internet.

In all, 59 percent of people said they Google their symptoms before consulting a doctor, and 47 percent said they use the search engine to determine whether they need to visit a doctor in the first place.

Talking on the moon: Nasa and Nokia to install 4G on lunar surface

Startup develops edible ketchup packets made from SEAWEED for condiments

'Ghost' rays in Japanese aquarium for 23 years are new species

Facebook rejected over 2 MILLION ads for trying to 'obstruct voting'

Plague: illness spread FOUR TIMES faster during London's 1665 epidemic than during the 1348 outbreak

Covid vaccine will not be available in UK until spring, says Vallance

The Guardian view on Boris Johnson's Covid gamble: not a winning wager | Editorial

Bus-size asteroid is set to pass by Earth at about 93,000 miles TODAY – but it won't make impact