Apple has slashed production of iPhones by 10%, it is claimed, as Tim Cook calls reports of poor sales of its latest XR handset ‘bologna’

Apple, which slashed its quarterly sales forecast last week, has reduced planned production for its three new iPhone models by about 10 percent for the January-March quarter, the Nikkei Asian Review reported on Wednesday.

That rare forecast cut exposed weakening iPhone demand in China, the world’s biggest smartphone market, where a slowing economy has also been buffeted by a trade war with the United States.

However, it comes as Apple CEO Tim Cook told Mad Money’s Jim Cramer, when asked about reports that the iPhone XR was a flop, Cook says he calls ‘bologna on that.’

He said the iPhone XR has, in fact, been the most popular iPhone ‘every single day’ since it started shipping out to customers.

Many analysts and consumers have said the new iPhones are overpriced. 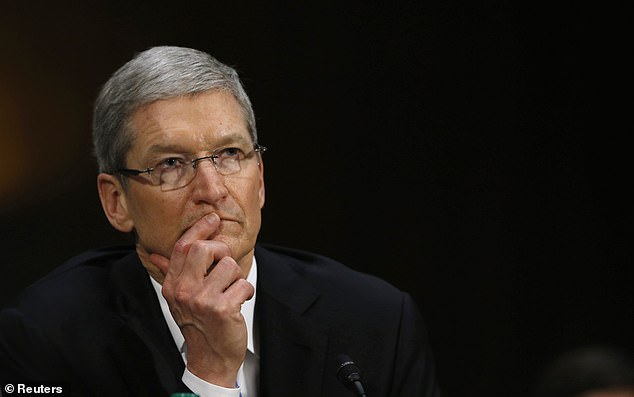 Apple CEO Tim Cook this week told investors that the main drag on the firm’s performance in China had been a sharper-than-expected slowdown in the country’s economy, exacerbated by the impact of trade tensions between Washington and Beijing.

Apple asked its suppliers late last month to produce fewer-than-planned units of its XS, XS Max and XR models, the Nikkei reported, citing sources with knowledge of the request.

READ  Walmart may be planning a Netflix-style subscription streaming service

The request was made before Apple announced its forecast cut, the Nikkei said.

Market research firm Canalys estimates shipments fell 12 percent in China last year and expects smartphone shipments in 2019 to dip another 3 percent, to below 400 million for the first time since 2014.

Overall planned production volume of both old and new iPhones is likely to be cut to a range of 40 million to 43 million units for January-March, from an earlier projection of 47 million to 48 million units, the Nikkei reported, citing one source familiar with the situation. 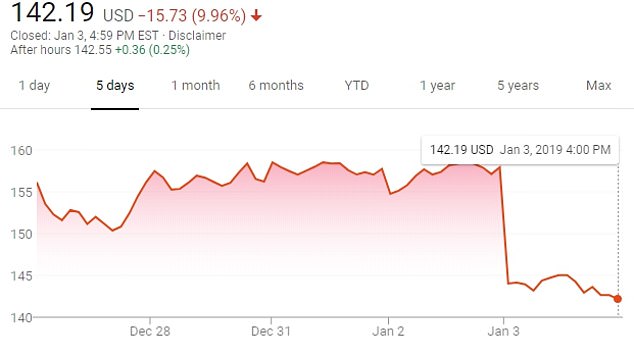 Apple did not immediately respond to a Reuters request for comment.

Apple’s iPhone suppliers include Taiwanese assemblers Hon Hai Precision Industry Co Ltd (Foxconn) and Pegatron Corp. Pegatron declined to comment on the report when contacted by Reuters, while Foxconn did not immediately reply to a request for comment.

There was little reaction to the report among shares of major Apple suppliers, as the market has already digested production cuts after the iPhone maker’s forecast cut, analysts said.

Shares of Foxconn, the world’s biggest electronics contract manufacturer, were up 1.6 percent while Pegatron was up 1.3 percent.

As Chinese demand has faltered, Apple has increased focus on India, which recently overtook the United States as the world’s second-largest smartphone market.

Chief Executive Tim Cook reiterated in an interview with CNBC on Tuesday that India was a major focus for Apple.

Reuters reported last month that Apple will begin assembling its top-end iPhones in India through the local unit of Foxconn this year, citing a person familiar with the matter.

Lost touch: how a year without hugs affects our mental health

Rachel Clarke: ‘NHS staff are burning with frustration and grief at this second wave’

Behind the numbers: what does it mean if a Covid vaccine has ‘90% efficacy’? | David Spiegelhalter

I’ve had my first vaccine jab. It gives me hope of liberation… but not yet